After a premature launch, Amazon's first-ever game release, is being pulled from sale and reverting back to closed beta state. 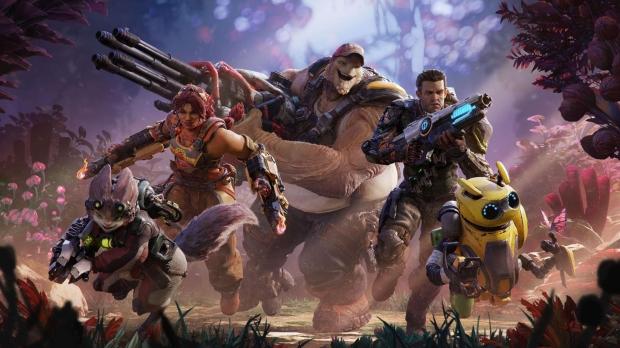 Crucible, the Overwatch-like hero shooter hardly anyone has heard of, clearly wasn't ready for a retail release. Amazon's internal game studios have pulled Crucible off of Steam and put the project back into closed beta phases. The idea is to revamp gameplay elements and use current owners as beta-testing guinea pigs. If they're still playing, that is--Crucible had abysmal concurrent player counts shortly after launching.

The news was announced in a recent developer blog post:

"Starting tomorrow, Crucible is moving to closed beta. We'll continue following the roadmap we laid out previously and working on map, combat, and system changes to improve the Heart of the Hives experience as well as implementing other improvements based on your feedback and what we think the game needs in order to thrive,"said game director Colin Johanson.

This is pretty rare in the games industry. We've seen betas last for a long, long time (Fortnite: Save the World is just now launching soon as a premium game) but we never really see a game enter beta, launch, and then go back into beta testing.

It's unclear what Amazon's exact motivations are with Crucible. Breaking into this market is extremely tough with heavy-hitters like Overwatch and Riot's newcomer Valorant dominating current charts. There's also competitors like Fortnite, PUBG, Apex Legends, and Warzone to consider. Even Ubisoft is making their own class-based live game called Hyper Scape, complete with Twitch integration, which is what Crucible should arguably have right out of the gate.

The only thing I could think of is an attempt at capturing the massively competitive shooter market and monetizing it over time, which is an ill-advised thing to do right off the bat.

Crucible's current troubles are a sobering reminder that billion-dollar tech titans can't simply buy their way into the games industry. Google, who has jumped into the market with its fledgling Stadia streaming service, would be wise to take heed and watch closely. Google is currently investing in multiple first-party studios and games for its Stadia platform.