Chinese games giant NetEase has invested $100 million to fund Bungie's new "bold vision," which could kick off another big franchise/IP. 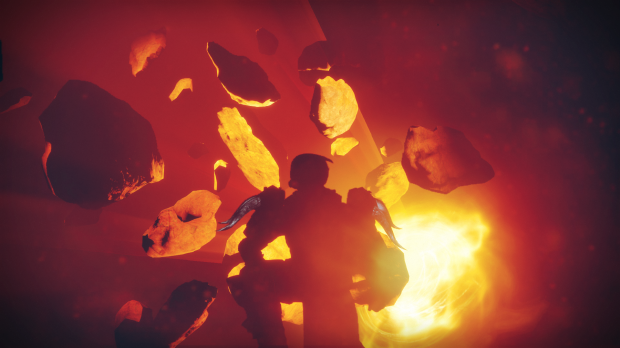 Things aren't so good with Destiny right now: Bungie is likely developing Destiny 3 while juggling DLC expansions and live updates to shore up the leaky ship that is Destiny 2. But what about the future when the dev's ten-year agreement with Activision is up? The once-mighty Halo studio has something up their sleeve...something interesting and big. And they've received a hefty investment from China's NetEase--an online-based games company that oversees numerous Blizzard games like Overwatch and Diablo III in the region--to shape and formulate their plan.

Bungie today announced the partnership news on its website, giving nebulous hints that something new is on the way (but not before Destiny 3).

"Today, we're excited to announce that we've entered into a new partnership with NetEase to help us explore new directions," Bungie wrote on its blog. "With their industry expertise, they'll empower us to build new worlds and invite players, new and old, to join us there. They'll help us support separate teams inside Bungie to bring our newest ambitions to life."

Right now Bungie is technically independent and not owned by a publisher (a rare-ish feat these days). Bungie CEO Pete Parsons told The Wall Street Journal that the studio ultimately wants to self-publish its own games. The company will use the $100 million from NetEase to develop and publish new games.

It's worth noting that NetEase has a close relationship with Activision-Blizzard and it's likely this proximity that helped Bungie snag the deal.

You can find Bungie's full statement below:

"At Bungie, our purpose is to build worlds that inspire friendship. For over twenty-five years, through Marathon, Myth, Oni, Halo, and Destiny, we've created fantastic places where players have gathered to become heroes. Now, our long-term goal is to become an entertainment company that sustains many worlds simultaneously - Destiny and new worlds to come.

"Today, we're excited to announce that we've entered into a new partnership with NetEase to help us explore new directions. With their industry expertise, they'll empower us to build new worlds and invite players, new and old, to join us there. They'll help us support separate teams inside Bungie to bring our newest ambitions to life.

"If you're a player of Destiny, this news won't impact the hobby you've come to know. Destiny is an experience that will grow for many years to come. We'll continue to work with our partners at Activision to foster this global community and turn new players from all over the world into Guardians. Our commitment to that world is not diminished by this announcement. We have exciting plans for the future of the Destiny franchise, and you'll learn more about the next steps we'll take together in the weeks to come.

"For now, we're grateful for the opportunity to welcome NetEase to the family. We have a bold vision to explore with them, but that is all a conversation for another time."