Thermaltake has unveiled a new range of all-in-one liquid coolers that fall into the Thermaltake ARGB TH120/240/360 AIO range. All of the coolers have fans with ARGB lighting to help draw people's attention and give the computer systems they're used in extra style. The surface of the copper baseplate is polished to a high sheen to guarantee performance and heat extraction. 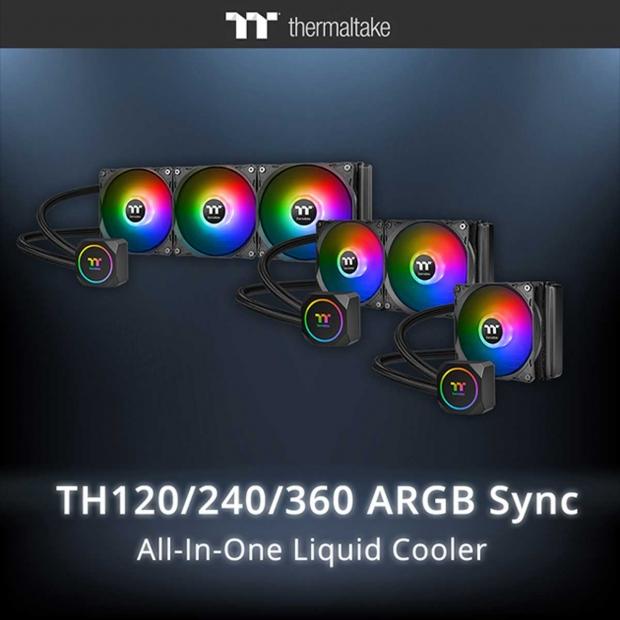 Thermaltake says that it uses a top-quality pump hidden inside the glowing ARGB water block. The pump circulates the coolant to ensure that the copper plate stays cool at all times. The large surface radiator has fans to dissipate heat, and they support 16.8 million colors via LED lights.

The LEDs are compatible with the 5V RGB capable motherboards from ASUS, GIGABYTE, MSI, and ASRock. The cooling systems support a smart fan controller that allows the user to switch among LED lighting effects, LED color distribution, and LED lighting speeds when using a motherboard without a 5V addressable RGB header.

Thermaltake offers three different radiator sizes, including 120 mm, 240 mm, and 360 mm, that are designed with high-static pressure for cooling performance. The radiator was specially designed for the TH series AIO with an increased cooling surface and heat dissipation capabilities. The systems are also prefilled and ready to go right out of the box. Thermaltake says that refills are never required on the systems. The TH120 and TH240 are on Amazon now, according to Thermaltake. The TH120 is $69.99, and as of writing, the 240 wasn't listed. The long time since we talked about something from Thermaltake, last was in January when it unveiled new gaming headsets.