Ford has announced an interesting new tidbit about it's coming electric vehicle called the Mustang Mach-E. Ford says that the charging time for the electric vehicle is improved by about 30% from early estimates. The automaker says that the Mach-E can add an average of 61 miles of range with only a 10-minute charge using the Electrify America DC fast-charging stations. 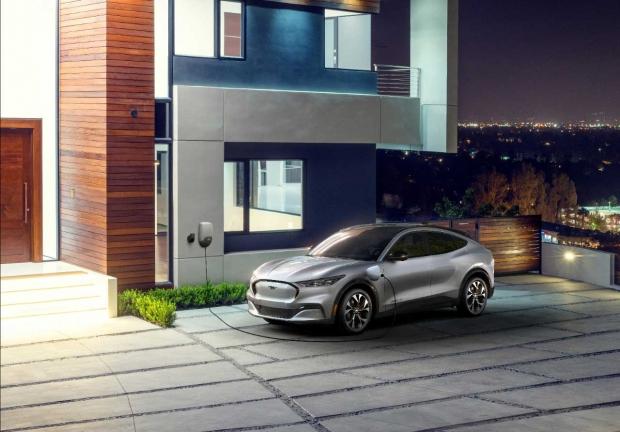 The charging estimate is for the extended-range battery and rear-wheel-drive version. Ford also announced that it is expanding its FordPass Charging Network by 1000 charging stations. It's also adding an additional 5000 charge plugs for a total of more than 13,500 stations and almost 40,000 charge plugs in North America.

"We're pleased with the continued expansion of the FordPass Charging Network and progress on DC fast charging for Mustang Mach-E ahead of its launch," said Matt Stover, Ford director of charging, energy services and business development. "We're continually looking at ways to improve the customer experience for all aspects of charging for future Ford all-electric vehicles, so expect more updates to come."

Ford is also talking about its home charging offerings. The available 48-amp Ford Connected Charge Station will be able to charge a Mach-E completely in 10.1 hours, adding approximately 30 miles per charging hour. The EV will come standard with the Ford mobile charger that can charge on a higher-voltage 240 V outlet allowing it to add a range of 21 miles per charging hour. Using a standard 120 V outlet will add 3 miles of range per charge hour. Food vehicles are some of the most desired cars in America with rides like the Mach-E and the coming Bronco.