A team of international astronomers has managed to capture 15 rare images of the inner rims of planet-forming disks that are located hundreds of light-years away. 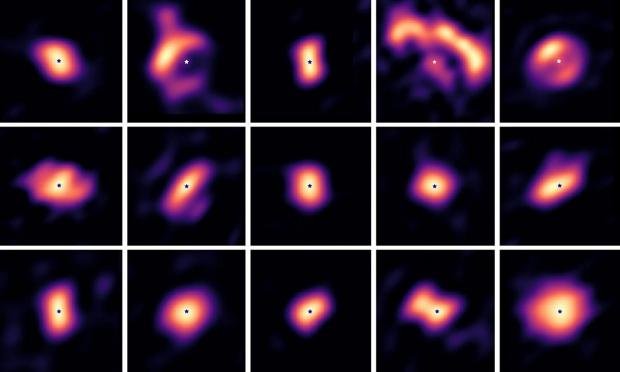 The images were published in the journal of Astronomy & Astrophysics, and shed some new light on how planetary systems are eventually born over. Planet-forming, or protoplanetary disks are formed in unison with their neighboring star. Dust particles are pulled together through gravity and eventually form into small rocks that then pull more dust particles together to eventually become what we know as planets.

According to the lead author on the study, Jacques Kluska from KU Leuven in Belgium, "In these pictures, the regions close to the star, where rocky planets form, are covered by only few pixels. We needed to visualize these details to be able to identify patterns that might betray planet formation and to characterize the properties of the disks." The images were created at the European Southern Observatory in Chile, and astronomers used a technique called infrared interferometry using the ESO's PIONIER instrument.

If you are interested in reading more about how these images were created, follow this link here.