ASUS has launched a pair of new notebook computers today that include the VivoBook S14 (S433) and the VivoBook S15 (S533). The pair of notebooks are 14-inch and 15-inch computers that aim to strike a balance between portability and performance. ASUS also put a lot of work into the style of the laptops to give them "personality." 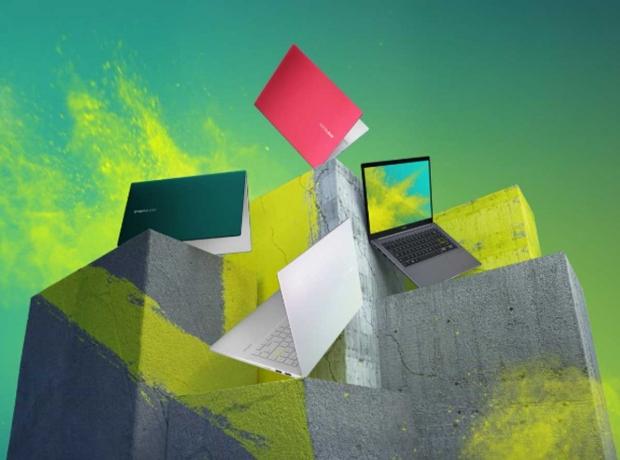 Both machines have diamond-cut edges and metallic textured finishes with multiple colors available. The keyboard features an "enter" key that has color-blocked edges. Both of the devices are powered by Intel Core i5 processors and use integrated Intel UHD graphics. Buyers can opt for up to 8 GB of RAM and high-capacity PCIe SSD storage.

The new machines bring additional colors to the VivoBook S line, including Resolute Red, Gaia Green, Dreamy White, and Indie Black. The notebooks also come with stickers that allow younger users to customize the laptops further match with each of the four colors. Machines weigh in at 3.09 pounds and have a thin profile that's as slim as 1.59 mm.

The notebooks also have full HD displays with wide viewing angles and thin bezels. Available storage is up to 512 GB, and both machines feature Wi-Fi 6. The VivoBook S14 will launch in black or white, starting at $699.99 from Amazon and other retailers. VivoBook S15 will launch in four colors, also starting $699.99 from Amazon and other retailers. ASUS' launch specification S14 S433 model includes a Core i5-10210U processor, 8 GB of RAM, 512 GB of storage, and a 50Wh three-cell battery. The S15 S533 features the same processor with a 15.6-inch screen, 8 GB of RAM, and 512 GB of storage. The larger machine has audio certified by Harman Kardon. Earlier this month, Best Buy had a good deal on the ASUS ROG Zephyrus G gaming laptop.