Samsung's folding smartphone called the Galaxy Z Flip has a new killer app in the form of YouTube optimization specifically to take advantage of the smartphone's unique form factor. Samsung says that the development came out of a long and fruitful relationship between the two companies. YouTube has optimized its app to work with the Galaxy Z Flip to provide users of that smartphone with some unique ways to watch video. 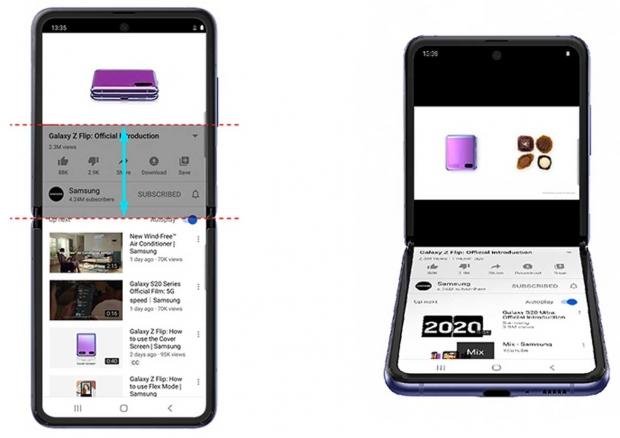 The YouTube app update allows Galaxy Z Flip users to flip the top section of the screen up vertically and then place the smartphone on a table leaving the controls on the flat section of the smartphone. Essentially the app splits the device into a pair of four-inch screens. Users can watch videos on the upper half the screen while doing things like searching for videos on the bottom half, reading descriptions, writing comments, and other tasks.

The Flex mode-optimized YouTube app also adjusts itself to the screen no matter the aspect ratio of the video being watched. The app will change how the video is played the top half of the screen with square and vertical videos nearly filling the entire space. 16:9 aspect ratio videos will adjust to the center. Samsung says that it is working closely with the Android developer community to drive innovation for foldable devices. Samsung and Google engineers integrated the Android Support Library to make it easier to bring Flex mode to more third-party services.

The availability of the flex mode-optimized YouTube app in the Google Play Store started yesterday, April 22. Galaxy users also have the opportunity to get up to four months of free YouTube Premium. The Galaxy Z has some cool features, but the testing at JerryRigEverything made us cringe a bit. 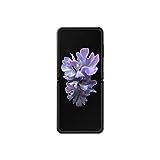