Google has a new feature coming that anyone with multiple Google Assistant devices in their home will appreciate. The new feature will allow users to adjust the sensitivity of the "Hey Google" word that wakes the device up so it can hear what you want to tell it to do. The ability to adjust the hotword sensitivity was first seen in the Google Assistant software earlier this year. 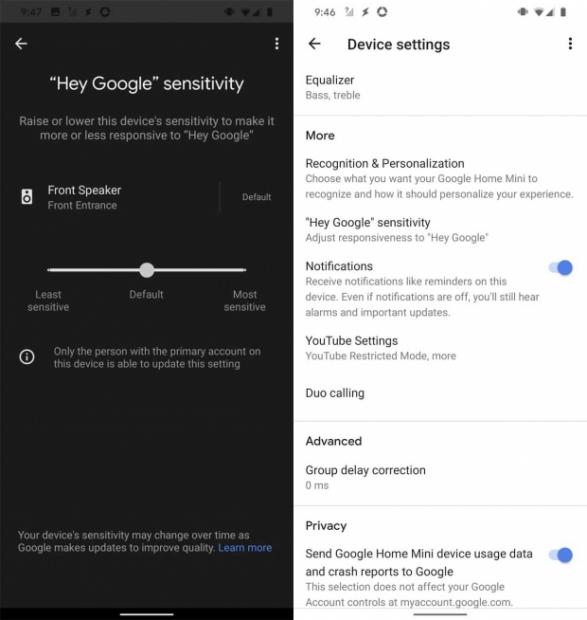 The reason Google is rolling out the ability to adjust hotword sensitivity has to do with reducing the number of accidental awakenings of the device. Screenshots posted of the software in a tweet by Mishaal Rahman show that there will be a slider that allows users to adjust the front speaker sensitivity from default to least sensitive or most sensitive.

That will allow users to make the hotword sensitivity either less sensitive than the Google Assistant device comes from the factory, or more sensitive depending on their needs. Speculation suggests that for users with multiple devices in the home, each can have its own sensitivity level even if they are networked together. This change will be welcomed by users who frequently have a problem with waking their Google Assistant by mistake.

With more people working from home, this feature will mean that they can turn down the sensitivity of Google Assistant on their smartphone or other devices nearby to help reduce the likelihood of the assistant activating accidentally while on a business call. Accidental activations of any voice assistant are very annoying and can be embarrassing if it happens at the wrong time. Earlier this year, we mentioned that American Airlines would be using Google Assistant as an AI translator when translation services are needed.