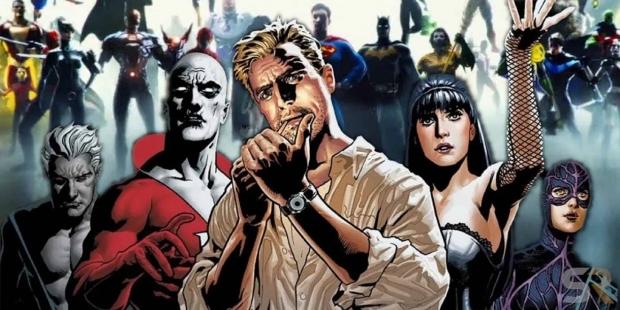 Other characters in Justice League Dark included mystic and fortune teller Madame Xanadu, Deadman, Shade, the Changing Man, and Zatanna. It was extended in issue 19 with Swamp Thing, with the Justice League Dark members also including Andrew Bennett (a centuries old vampire), Black Orchid (a shapeshifter), Doctor Mist (a spy who worked for villain Felix Faust), Frankenstein (an erudite creature), Pandora (based on the Greek character), Nightmare Nurse (a healer of supernatural wounds), and more.

Kevin Reilly, Chief Content Officer, HBO Max and President, TNT, TBS, & truTV explained: "What an amazing start to our association with the wildly imaginative Bad Robot team under J.J. and Katie. What could be better than an original J.J. idea and then Warner Bros. letting them loose on iconic I.P. from Stephen King and the DC Universe and to provide more must-have programming on HBO Max".