AMD has just had its stock reach records highs to kick 2020 off in a big way, and while the company has already officially teased it will push the high-performance computing world at CES 2020 -- the company could unveil its next-gen Zen 3 architecture.

New rumors are surfacing after a Taiwanese newspaper published a report that AMD CEO Lisa Su would "disclose details about Zen 3 architecture at a press conference during CES". We reported back in October 2019 that AMD's new Zen 3 architecture could bring up to and over 8% IPC gains, and another 200MHz as well. 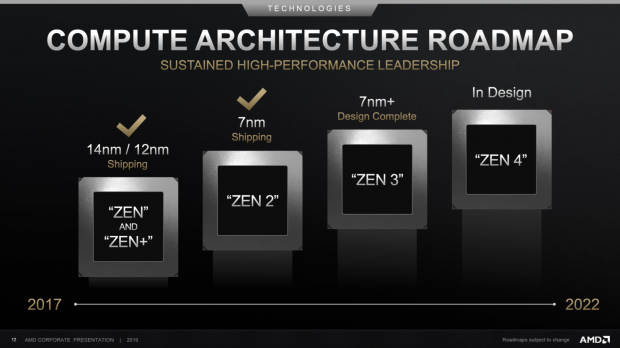