2K Games will soon make new NFL games, but EA reminds everyone that it still has total exclusivity on NFL football simulators. 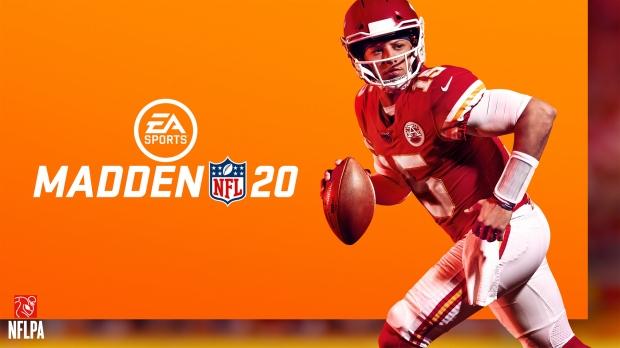 NFL 2K is back...what kind of. Not really. 2K Games just signed a big multi-year deal with the NFL to make new games using league players, teams, and likenesses. There's just one catch: These titles aren't sports sims. That means the classic NFL 2K isn't returning and EA will still have a monopoly on one of gaming's most profitable genres.

After the announcement, EA was quick to issue a press release to tell its investors that Madden games aren't going anywhere. 2K games won't compete with EA on the same playing field. 2K is playing the same sport, but they're really not even playing in the same league.

"EA SPORTS is the exclusive publisher of NFL simulation games, and our partnership with the NFL and NFLPA remains unchanged," reads the release.

"Our agreements have always allowed for non-exclusive development of non-simulation games on various platforms. Our commitment to NFL fans, which spans almost 30 years, has never been stronger, and we're having our biggest year yet.

"Madden NFL 20 is the most successful game ever in the franchise, and new modes like Superstar KO and our Madden NFL esports broadcasts are growing the fan base. We'll be building on that momentum with more new and different experiences, on more platforms and with new ways to play, in the years to come."

This confirmation really goes without saying. The NFL is very happy with its arrangement with EA. How could they not be? The Madden games rake in tremendous earnings every year, making up a big portion of EA's huge $4-5 billion yearly revenues. The Madden series is a hotbed for annualized full game sales and massive microtransaction revenues via its Ultimate Team mode.

EA currently plans to ship 8 major AAA games from April 1, 2020 to March 31, 2021, and its annualized powerhouse Madden series will be at the frontlines.