Searching for planets in the vastness of space is time-consuming work for astronomers, but sometimes all you need on your side if a bit of beginner's luck. 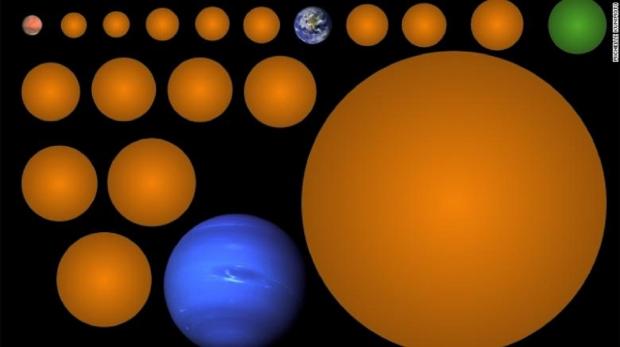 University of British Columbia student Michelle Kunimoto had a little bit of that beginner's luck and has now officially found 17 new planets. Kunimoto has published a new paper in The Astronomical Journal detailing her discoveries, one of which is extremely promising as the planet is approximately Earth-sized and is located in the Goldilocks Zone of its neighboring star.

The planet is now called KIC-7340288 b it's about 50% larger than Earth, and its located in the Goldilocks zone of its star, meaning that it's at the right temperature to possibly have liquid water on its surface. Kunimoto said in a statement, "This planet is about a thousand light-years away, so we're not getting there anytime soon! But this is a really exciting find, since there have only been 15 small, confirmed planets in the Habitable Zone found in Kepler data so far."

Kunimoto's Earth-sized planet is also expected to be rocky and not gaseous, which is a big find in the astronomy industry. So how did she do it? Kunimoto used data from NASA's Kepler Mission and used the transit method to pinpoint where each of the planets was located. The transit method is when an object passes in front of a star, temporarily blocking the light emitting from that star. Once astronomers see the dimming of light from that star, they can begin to piece together information about that object, and in this case, planets.

"Every time a planet passes in front of a star, it blocks a portion of that star's light and causes a temporary decrease in the star's brightness. By finding these dips, known as transits, you can start to piece together information about the planet, such as its size and how long it takes to orbit." Kunimoto said.