During this year's Super Bowl, we saw a lot of technology-related ads, and one of those ads were for Jeep's ebike.

Jeep has now initiated pre-orders for its e-bike, and it won't be coming cheap... at all. Jeep's e-bike will cost consumers $5,899 and will sport a 750W motor, Fire-Link suspension, and a maximum range of 40 miles. Jeep has also partnered with QuietKat and has said that the new off-road mountain bike is the "most powerful" mountain bike yet.

Originally, Bill Murray was spotted in the e-bikes Super Bowl advertisement, and if you want to check out that video, it can be seen above. It seems that Jeep is following the likes of Tesla by transitioning to more electric-related vehicles. I won't be surprised if other vehicle manufacturers follow the same path, as consumers are now looking for clean alternatives. Jeep will begin shipping out their e-bike sometime in June. 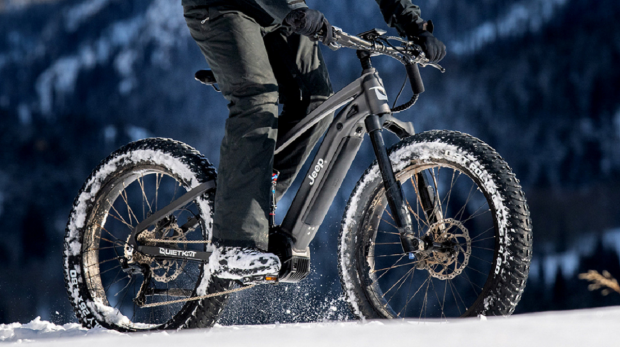