Bill Murray is enjoying another run at Groundhog Day, where during Super Bowl 2020 he starred in a new Jeep commercial where they were showing off their new e-Bike. Check out the clip below:

Jeep partnered with QuietKat on the new e-Bike, which they are touting as the "most powerful" off-road mountain bike. The new e-Bike rocks a pretty monster 750W motor, 4.8-inch tires and "Fire-Link" suspension, with up to 40 miles of range. Inside, the motor is a Bafang M620 with up to 1.6kW of power but could see its beastiness watered down so it doesn't ruin the bike chain and/or throw riders from the bike.

The new e-Bike will be on sale sometime after June 2020, but Jeep has been shy about pricing for now. I wouldn't expect it to be cheap, but it won't be super expensive either. Jeep is hoping to see the new e-Bike sold as a companion vehicle for Jeep owners to go off-roading on, similar to the Cybertruck and its all-electric Cyberquad ATV. 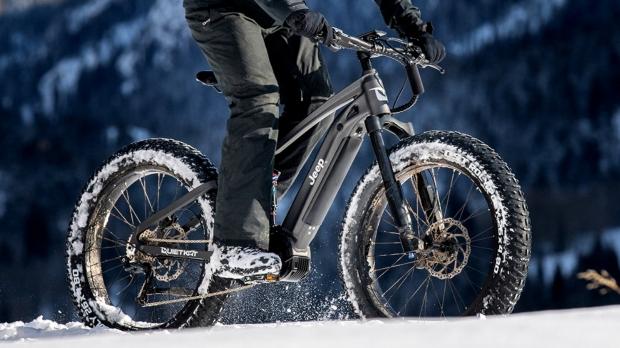