Capcom will release a playable Resident Evil 3 demo next month to give us a taste of its new horror creation. 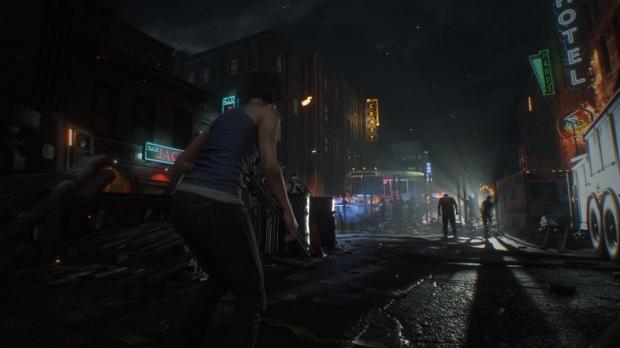 The upcoming Resident Evil 3 remake is shaping up to be the ultimate terror-fest, and thankfully gamers will be able to try it out sometime in March. Capcom confirmed a demo is coming but we don't know when exactly it'll launch, or if it'll be exclusive to one platform (likely not).

The game is a remake/re-imagining of the old-school 90s PlayStation classic, complete with amazingly revamped visuals, new streamlined mechanics, and a brand new anxiety-inducing Nemesis. The RE Engine looks better than ever and RE3make is a big step up from last year's RE2 Remake. Capcom has gone through great lengths to preserve the overall look and feel of the original, but upgraded the shooter mechanics, animations, and everything else.

One of the more interesting updates is Resident Evil 3's new-and-improved emergency dodge system. Gamers can dodge-roll out of harm's way this time around and even trigger a slow-down mechanic when the move is properly timed. It's a big evolution over the PS1 version's emergency dodge which basically pushed an enemy away from you.

Resident Evil 3 releases on April 3, 2020 on PS4, Xbox One, and PC. Expect news on the demo sometime next month.