Remedy Entertainment may be exploring other platforms for its inventive new game Control (check our our review here), possibly including next-gen systems. 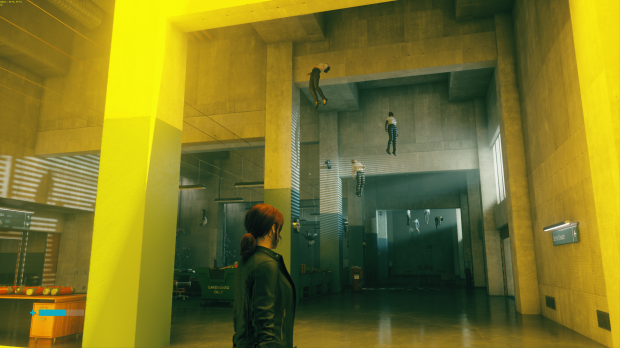 Control could be coming to PlayStation 5 and Xbox Series X with a dedicated port or update, Remedy teased in its latest earnings filing. The developer says Control is ripe for expansion to new platforms, which doesn't explicitly confirm next-gen systems, but doesn't rule them out either. It's also possible Control will come to service platforms like Stadia or even Nintendo's fast-growing Switch with its 52 million install base.

Remedy makes it clear the team is currently optimizing and gearing up for next-gen systems. The studio has already tremendously evolved its potent Northlight games engine to support new features like ray tracing, a new transformative environment effect that both the PlayStation 5 and Xbox Series X's GPUs will support.

"There is also on-going work so that we are prepared for the next generation consoles arriving in 2020," Remedy CEO Tero Vitrala said in the report.

"Control's high quality, uniqueness and technical innovation provide opportunities to bring the game to new platforms. The post-launch sales have settled on a good level, and the game has maintained a relatively high average sales price. With Control, we have succeeded in creating a new game brand and a game that stands out."

Back in 2019, Remedy also talked about how Control would look, play, and feel on a PlayStation 5.

Read Also: Remedy only gets 45% of Control game sales

At the same time, Remedy talks about how important visibility is for its games. Control's marketing wasn't huge like, say, Call of Duty, and as a result the game didn't reach as many people as it could've. Streaming services, especially Microsoft's massively powerful Xbox Game Pass service, are a means to improve this visibility.

We will probably see Control arrive on Game Pass in the coming months in a bid to boost access and game sales (oddly enough, Game Pass actually catalyzes game sales instead of the opposite). Other streaming services like PlayStation Now and even Stadia could provide more visibility, especially when the free version of Stadia rolls out in the next few months.