Today EA announced it's handing the Need for Speed game series back to Criterion Games, and is making some big changes to the current NFS devs at Ghost Games. 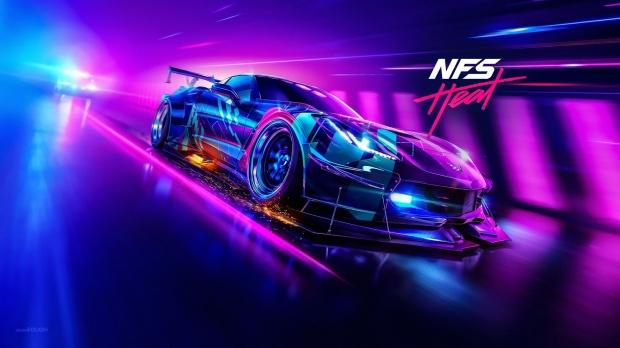 Ghost Games, the team behind Need for Speed Rivals, the 2015 reboot, Payback, and NFS: Heat, is no longer the developer of EA's racing franchise. Criterion Games (NFS Burnout Paradise, Most Wanted) will now take over the series at its Guildford, UK branch.

EA is also shaking up Ghost Games as part of the new plan and up to 30 people could lose their jobs. Right now Ghost Games has three studios: one in Guildford, UK, one in Gothenburg, Sweden, and one in Bucharest, Romania. The studio's UK branch is being merged with Criterion (the two teams work in the same office, so there's no real impact). The Bucharest studio's fate remains unknown.

Ghost Games' main Gothenburg-based studio will now be relegated to a kind of support role for EA's engineering teams. This is crucial and incredibly vital as EA doubles-down on developing games for next-gen consoles like the PlayStation 5 and Xbox Series X.

Here's a statement that EA gave to GamesIndustry.biz:

"With a strong history and passion for racing games and vision for what we can create, the Criterion team is going to take Need for Speed into the next-generation.

"Ghost Games have helped to bring some great Need for Speed experiences to our players. Consistently delivering that at AAA levels means we need teams with diverse skills in locations where we can continually support them and bring in new team members to join. Despite our best efforts to establish an independent development group in Gothenburg over several years, it's become clear that the breadth of talent we need to maintain a full AAA studio is just not available to us there. Criterion can also provide the consistent leadership that we need to continue creating and delivering new Need for Speed experiences for a long time to come.

"Criterion is a fantastic studio, and we're looking forward to adding to their talented team and building a great future for Need for Speed. The engineering teams in Gothenburg are also vital to our ongoing plans across EA."

EA has confirmed multiple sports games and a new Battlefield for next-gen systems, and a multitude of other games are currently in development including Dragon Age 4, EA Motive's next Star Wars game, and Jedi: Fallen Order 2. As an engineering team, Ghost Games will have a hand in EA's biggest games.

EA expects to ship 8 games this fiscal year, including four sports games and four unannounced projects in its biggest IPs.

"We're launching four sports titles, including new games in our blockbuster FIFA and Madden franchises, four other titles that draw from the breadth of our IP, and we'll also publish four titles globally from smaller developers. Finally we expect two new mobile titles to make it into soft launch," EA CFO Blake Jorgensen said in a recent Q3'20 earnings call.