The PlayStation Network could start natively serving up convenience microtransactions on a platform level. 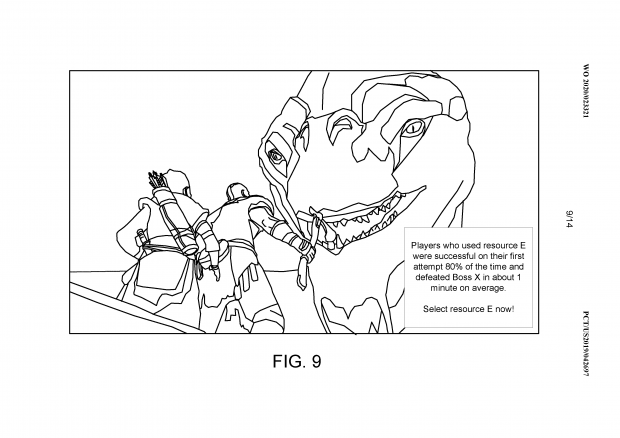 Sony's latest patent is extremely interesting. Basically it's an integrated system that automatically reminds gamers about time-saving microtransactions, and gives real-time stats on how said convenience shortcuts could help them save time. The patent also covers a lot of bases that aren't necessarily related to in-game purchases.

The system, for example, will give you tips on how to defeat the bosses via materials, weapons, and items found naturally in the game. Gamers can ask for help within the system itself, e.g. how to defeat a certain boss or get past a certain obstacle, and the system will give a solution. This version of the patent actually sounds pretty great, kind of like a built-in guide or on-screen tip system within the game that gives you key info on how to proceed. 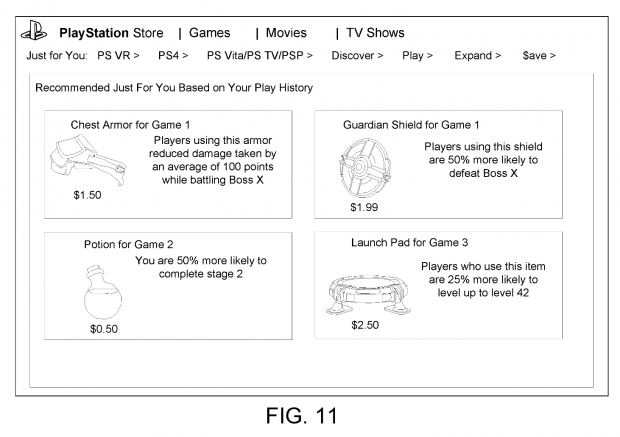 But it's the microtransaction angle that has the most impact on today's live service-dominated market.

The system could be a huge breadwinner for publishers who routinely monetize their game. Think of this method as guided microtransactions.

The idea is simple: When you get to a boss and die a bunch, the game would pause and remind you that most users were able to beat the boss quicker if they spent money on a certain resource. Then, of course, you'd click the on-screen prompt to be brought to a storefront to directly buy the "resource."

Here's a summary of the patent itself:

A player generally must rely on a combination of trial and error, guesswork, and research such as by asking a friend when deciding on which item, add-on, or upgrade to obtain in order to achieve a goal. Even then, the player may have to experiment with a number of items, add-ons, and/or upgrades, before arriving at one that is most effective for their particular objective, character, style of play, etc.

Thus, there is currently a disconnect between players and the resources available to them within a game, and more particularly those resources most suitable for the individual player's circumstances, character, and playstyle.

When players become frustrated with their repeated failures to accomplish some objective, there is a higher likelihood that the player will quit the game and not experience the totality of what the game is intended to offer.

There is thus a need and a benefit to develop and integrate an in-game platform to match players with those resources that are most likely to help them succeed in view of the player's playstyle and behavior both within the game in question as well as across a plurality of additional games the player participates in. There is moreover, a need and benefit for game publishers and virtual store platforms to be able to identify specific in-game resources that would complement the player in their gameplay and communicate the same to them.

In some embodiments, selection of various resources may require a form of payment, for example by using virtual currency or real money.