Any drone that is deemed unauthorized can be shot out of the sky by defense officials, but maybe this course of action isn't the best choice. 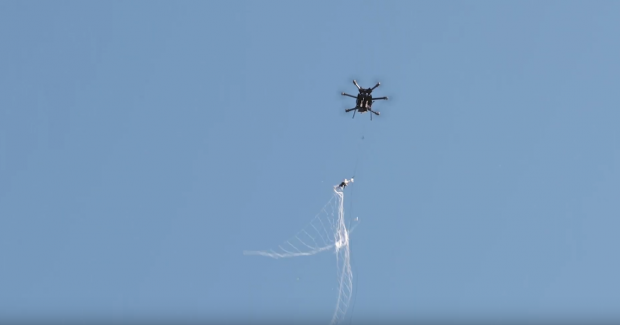 A new contract has been signed by the Department of Defence and a company called Fortem Technology. Above, we have a video from Fortem Technology which displays a new way of disabling unauthorized drones. This new strategy is led by what the company calls DroneHunter, which is a larger drone that uses a radar to track unauthorized drones, and once it has found them, it captures them with a net.

Capturing drone mid-air has many benefits overblowing them out of the sky. Defense officials will be able to retrieve the drone and examine it for further details and hopefully, be able to figure out who the perpetrator behind the drone is. Defense One says that the Pentagon and the general US military is spending millions of dollars investing in this new technology.