UPDATE: PlatinumGames confirms the 4 is in reference to how many projects it's currently working on.

PlatinumGames today launched Platinum 4, a mysterious teaser website that has lots of implications. 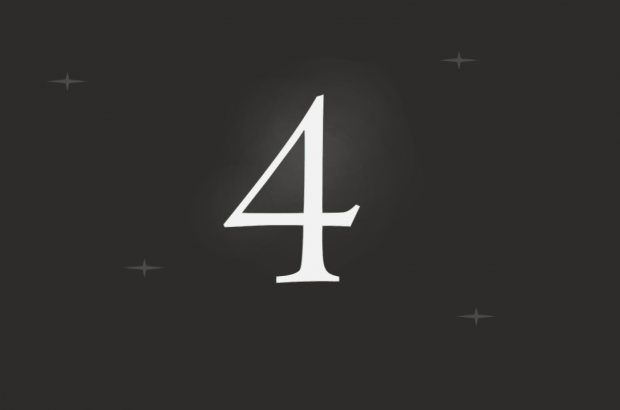 Platinum fans across the world are buzzing about the new site and what it could mean. It's possibly a throwback to 2002's Capcom Five, indicating PlatinumGames currently has up to four major games in development (Astral Chain sequels, a new IP, Bayonetta 3, and Babylon's Fall).

It's likely the website has everything to do with Platinum's new self-publishing ambitions. The Bayonetta dev just received a hefty investment from Chinese juggernaut Tencent that'll allow autonomy over future IPs.

Maybe the site also refers to Drakengard 4, confirming a fourth game is in development...

PlatinumGames recently teased big things for 2020, one of which was the Tencent announcement. The website refers to another big milestone.

The studio currently has multiple new wholly-owned IPs in development that it hasn't shopped around to publishers. Now with the Tencent investment it can keep those IPs close to its chest. One of these games was a "shapeless, formless" new IP as of 2018 and has likely matured over that time.

Square Enix is currently publishing Babylon's Fall, and Nintendo own's publishing rights to Astral Chain. Nintendo is also publishing Bayonetta 3, which is still listed as TBA, but may be accelerated as Nintendo pledges to "aggressively invest" in Switch software.