A cybercriminal hacking group has given everyone a friendly reminder that anything online can be hacked and exploited. 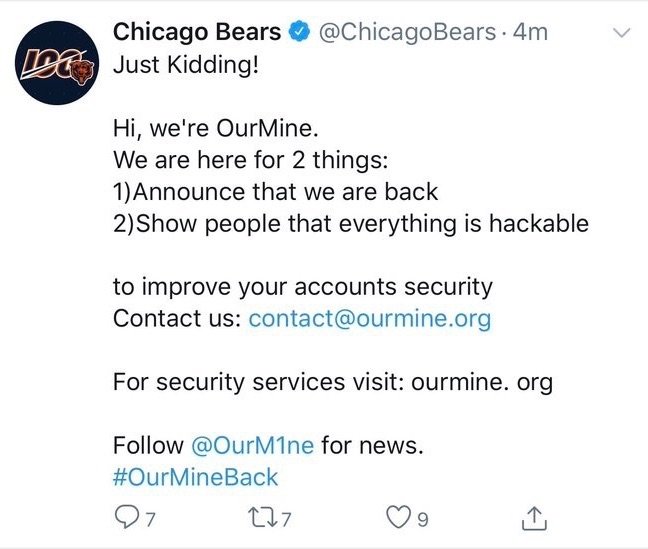 The reminder has come via from hacking group 'OurMine', who hijacked various social media accounts of fifteen different US National Football League (NFL) teams. OurMine posted onto the social media accounts of the teams a similar message; it reads as follows; "Hi, we're OurMine. We are here for 2 things: 1) Announce that we are back 2) Show people everything is hackable".

The NFL gave a statement on Tuesday, saying "As soon as we were made aware of the issue, we locked the compromised accounts and are working closely with our partners at the NFL to restore them." The NFL later updated their statement, saying "We continue to work diligently with the teams, which have resumed normal operations. The NFL and teams are cooperating with its social media platform providers and law enforcement."