This isn't the first time that Tesla CEO Elon Musk has decided to bring a fun game over to his line of Tesla vehicles. Cuphead is already playable, and after a new update, so will Stardew Valley.

According to Musk's official Twitter account, the Tesla holiday software update is currently being prepared, and to give Tesla owners a sneak preview of what it contains, and he's listed out some new features that will be added. Musk says that Stardew Valley, Lost Backgammon, and a few other things are on the list for the update.

Stardew Valley will join Cuphead in the Tesla Arcade, but what will come next? Stardew Valley and Cuphead are very suitable titles for being playable in a Tesla, but what title will be added next? I'd personally like to see Super Meat Boy, as I think it would be amusing to see Tesla owners sitting in their cars raging at their car's screen. Stardew Valley is also available on the Nintendo Switch, iOS, Android, Xbox One, PS4, and PC. 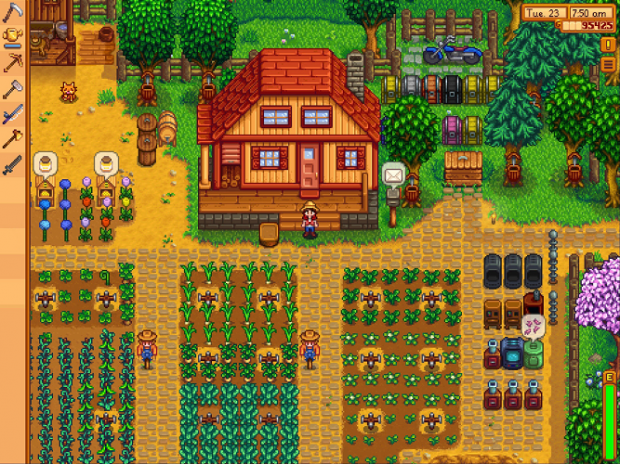