With the heating up of the CPU race, one thing has been touted among PC enthusiasts forum and social media users far and wide. "The death of Moores Law is coming and will limit how far we can go now" or some derivative of this. 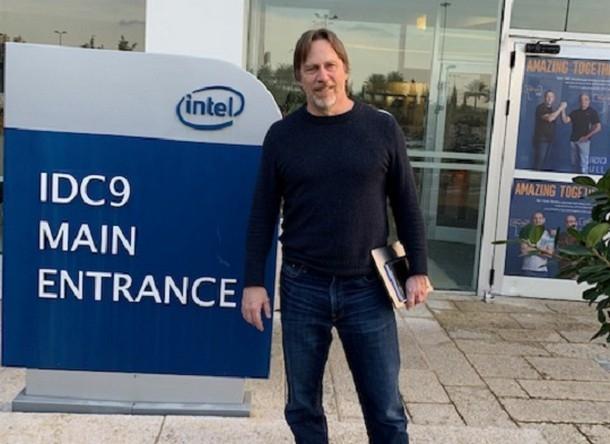 For those uninitiated, here is a simple explanation of what Moores law is, from Intel's co-founder, engineer, and the namesake of Moores Law itself, Gordon Moore. "the number of transistors incorporated in a chip will approximately double every 24 months."

So, basically, the density of a chip as far as transistor count should double roughly every two years along with refining and shrinking the package to make these substantially more compact packages smaller while offering up to double the amount of processing muscle.

Step in Jim Keller, Intel's Senior VP of Silicon Engineering, and his recent appearance at the MIT Technology Review's Future Compute conference. Keller explained that while Moores Law is still alive and well, it is far from death, potentially as far as 30-40 years. The reason for this is that Moore's law on the surface only touched on the scaling of transistors and refinement of package size (die shrinks). But, one area which likely was not even on the radar for Moore was some of the creative ways we found to stack layers of transistors on chips in a Z-axis or 3D format to give more overall density on a smaller package.

This is true and should stave off Moores Law for the foreseeable future, but MIT's own Max Schulaker, the professor of Electrical Engineering and Computer Science, had something to add at the MIT conference. "If we really want to revolutionize computing not just receive a 10 or 20 percent benefit but a 100 or a 1,000 x benefit," said Shulaker, "then business, as usual, is insufficient. And new innovations are required."

Part of Schulaker's research has to do with a relatively recent (in terms of overall history circa the 1990s) application of carbon nanotubes to help build a more efficient latticework of interconnects in a computer processor without the need to further push the shrink of existing silicon tech. Carbon nanotubes are another world entirely, and something maybe we will dive into in more detail as the tech becomes relevant to our industry. However, it is exciting to see that Moores Law is still a way off, and we are already working on the replacement to silicon, which will be direly needed soon.