If you were on the fence about grabbing Disney+, and need a good reason to pick up the new streaming service, it's about to go on sale. 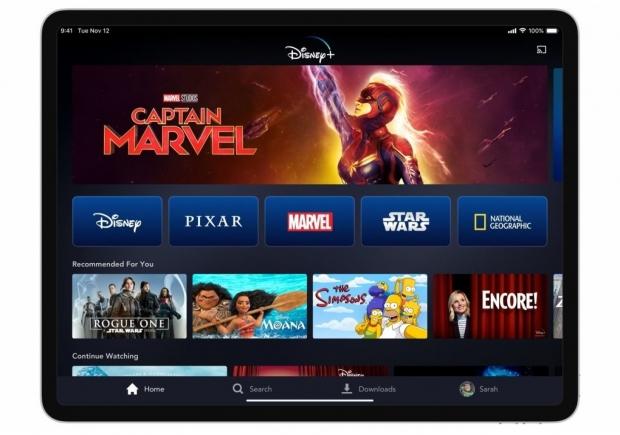 As we move forward from Black Friday's madness sales, Cyber Monday has rolled around and to celebrate Disney have decided to discount their new streaming service's yearly package. Currently for a years worth of Disney+ its $69.99, that gives you access to some new shows such as Mandalorian, all of the Star Wars movies and Marvel's Cinematic Universe, plus much more.

The $59.99 yearly option also grants the buyer National Geographic content, 30 seasons of the Simpsons, as well as every Pixar show/movie, 4K and HDR support. Talking in totals, Disney+ offers 500 films and 7,500 episodes and right now everything previously mentioned is $10 or 16% off, bringing the cost down to $59.99. If you are interested in checking out more on Disney+, check out this link here.