Nintendo has taken to their official Nintendo Versus Twitter account to announce that Super Smash Bros. Ultimate director, Masahiro Sakurai will be showcasing Terry Bogard tomorrow. Sakurai will be sitting down for 45 minutes to run Smash Bros. players through all of Terry's special moves, normal attacks, strengths, weakness and more.

If you didn't know, Terry Bogard is a representative of the Fatal Fury series that dates all the way back to 1991. Nintendo Versus also details throughout this livestream there will be "no announcements regarding any unrevealed fighters" and that version 6.0 of Smash Ultimate will arrive soon. Since a new DLC fighter has arrived on every version update, I would assume Terry Bogard will come with version 6.0. 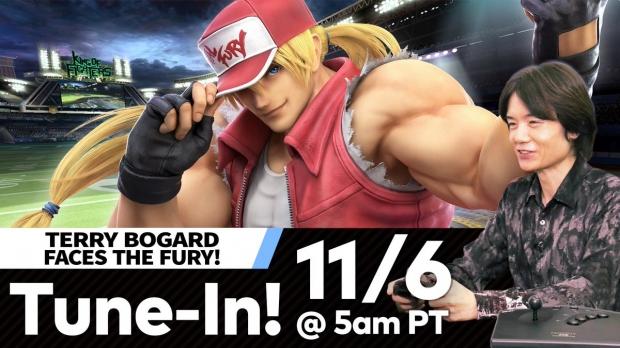