Ghost Games is developing Need for Speed Heat which takes place in the Palm City, a fictional city that looks like Miami, which will see you get behind the wheel of, and tweaks cars to race both during the day and at night. It's a much more elaborate Need for Speed than we've ever had before, with different racing styles on offer in both day and night.

Better yet, Need for Speed Heat lets you switch between day and night when you want... so there is no day night cycle where you have to wait all day to get to the night races. Once the sun sets, illegal street racing takes place where you earn valuable Rep, but you cause Heat which will send rogue cops after you.

Need for Speed Heat will also work with a companion mobile app, which is available on both Android and iOS. NFS Heat Studio will let you collect, unlock, and customize your cars on-the-go which are then injected into the full game.

Need for Speed Heat will slide into gamers' hands-on PC, Xbox One, and PS4 on November 8 -- while EA Access and Origin Access subscribers will get early access on November 5. 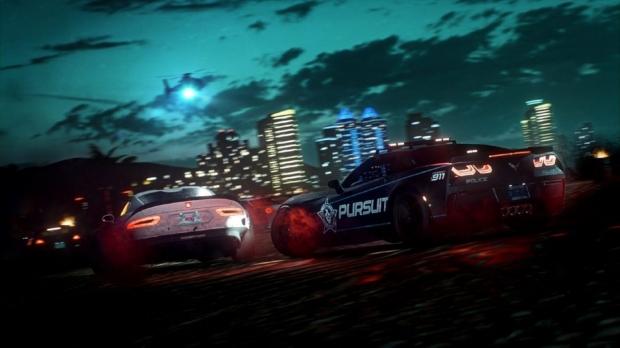