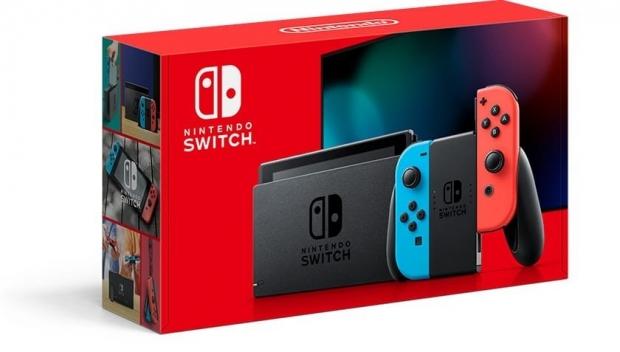 If you're in the market for a Switch, make sure you get the new 2019 model. It costs the same, looks the same, and comes in a red box, but it has some pretty nifty improvements over the base 2017 model. It's display is brighter and warmer, hinting at a panel revision like The Wall Street Journal reported, and it sports a beefier battery for up to 9 hours of play in Breath of the Wild. It also handles thermals much more efficiently, which indicates the new model sports a refreshed 16nm Tegra X1 214 chip revision.

This is probably the best part of the new Switch. Higher temps can warp Nintendo Switch systems--ours literally bent with consistent docked play--or lead to overheating and hardware faults. 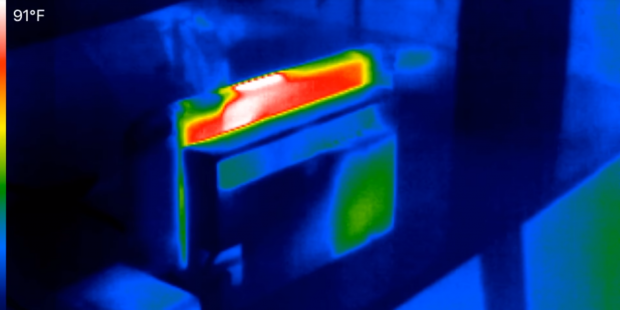 The screen has also been noticably improved and is much warmer, allowing for deeper color tones instead of the blue-based original.

The original Switch's screen is 291 Nits, whereas the new model is 318 Nits. The color of the screens are different, too; the new Switch is warmer and more vibrant, whereas the launch model is more blue. It's also much more visible in sunlight and reduces glare, a problem that plagued the original model. Tweaks responsible for this visual boost could include a software update, a new backlight, or an entire new upgraded panel (the likeliest solution).

"Either way, this is a much better display. It's brighter, it's got a more accurate white balance, it's great," said the channel's resident color expert, Wes.

The new model is handles heat much more efficiently, likely due to its upgraded Tegra chip. The base version ran up to 102 degrees under load in handheld mode, whereas the base version maxed out at around 97 degrees.

Docked mode saw a bigger heat discrepancy. The new Switch hit 91 degrees under load during the same amount of playtime in Breath of the Wild, and the 2017 launch version was at 99 degrees.

As for JoyCon drift...well...don't expect any big revisions to the controllers. Yes, they use different models, but they still look and feel the same. Nintendo probably won't say anything in fear of frustrating original Switch owners.

But performance isn't affected. The new Switch has absolutely no improvements over the base model insofar as gameplay. It's the exact same experience on both systems.

We knew the revision wouldn't actually play games better than the launch version--that would've fractured the playerbase. This refreshed SKU is basically meant to quietly replace the original 2017 model without anyone really noticing, but that's hard to do in the information age when everyone can crack open their consoles.

Even still there's really no reason to buy a 2017 model. Nintendo won't lower the price and instead will rely on consumer ignorance to sell off the remaining older models, and then slowly replace them with the newer systems.