ASUS has just released what should be the best UltraWide gaming monitor ever with its ROG Swift PG35VQ monitor, a beasty 35-inch panel with a native 3840x1440 resolution and super-slick 200Hz refresh rate backed up by NVIDIA G-Sync HDR tech. 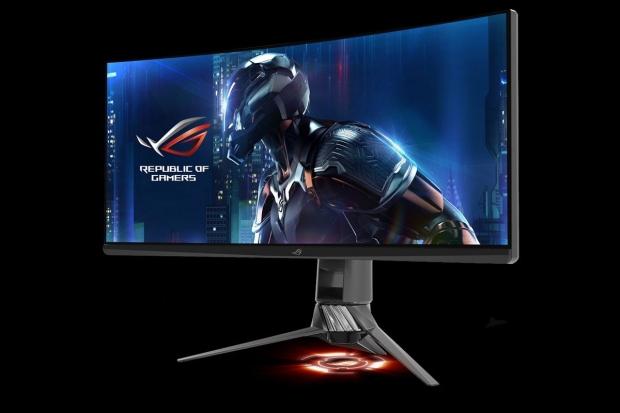 The previous-gen ASUS ROG Swift PG35Q rolled out with the same 3840x1440 resolution but with a 100Hz refresh rate, so the new ROG Swift PG35VQ speeding things up to a quite insane 200Hz (especially at this resolution) is huge. It has made the ROG Swift PG35VQ more expensive than current 4K 144Hz G-Sync displays, but you're getting that awesome 21:9 aspect gaming world opening up.

We also have 1000 nits of peak brightness while being DisplayHDR 1000 certified, and only a few are actually at this level. ASUS never skimps on its flagship gaming monitors and the ROG Swift PG35VQ is not an exception, it's a beautiful work of art inside from a technological and image quality standpoint.

The new ASUS ROG Swift PG35VQ has launched in the UK for £2,699.99 which works out to just over $3400 in the US, and should be available in the coming weeks around the world.