E3 2019 - Halo: Infinite, the next big chapter in the Halo series, will launch in Holiday 2020 alongside Microsoft's ultra-powerful next-gen Xbox console.

At the end of its press conference, Microsoft revealed some new Halo: Infinite footage and locked in a release window. It's biggest heavy-hitting franchise will release in tandem with its most powerful console ever, Project Scarlett, in Holiday 2020. On stage Phil Spencer confirmed that Halo: Infinite will leverage the full brunt of Project Scarlett's expanded hardware, which is four times as powerful as the Xbox One X.

No fresh details were revealed about Halo: Infinite but we did get a brief snippet of footage that showcases 343 Industries' new next-gen Slipspace Engine. The trailer wasn't particularly exciting, but it does set a more grim and daunting tone for Halo 6, proving that Master Chief will once again be a beacon of hope for humanity.

Halo: Infinite might push Project Scarlett to its limits but the shooter will also launch on PC, complete with optimizations to push tomorrow's hardware to new heights. 343i affirms Halo: Infinite's PC version will have 4K 60FPS, HDR, tons of graphical and UI tweaks, full mouse and keyboard support, 21:9 UltraWide support, and possibly even mods farther down the road.

Microsoft is keen on not repeating the same mistakes they did for the Xbox One X, which launched without any major marquee games and instead relied on existing games for its library.

Project Scarlett will be a full next-gen leap in terms of hardware and Microsoft will push these boundaries with a salvo of fresh first-party games including Halo: Infinite. Other games have yet to be announced, but we're betting there's more mega-hitters in the works for Scarlett. 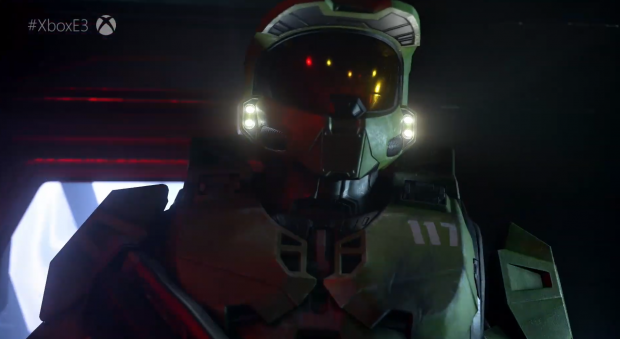