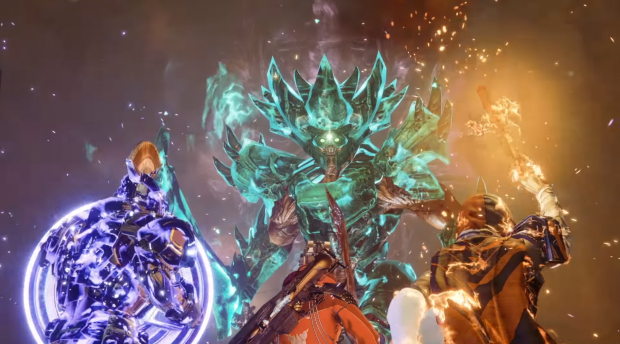 When Destiny 2's new Shadowkeep expansion ships this September, gamers will be able to migrate their guardians across PS4, Xbox One, Steam, and Google's Stadia service at will. The new cross-save feature eliminates the need to start completely from scratch. Your character, gear, milestones, accomplisments, and everything else tied to your Destiny account will be fully transferrable and unified across every platform Destiny 2 is offered on.

But DLC apparently won't be included in this cross-platform program (not that we thought it would).

Bungie's latest Out of the Shadows ViDoc showed a quick teaser of the cross-save setup. Each platform has its own separate DLC entitlements, meaning a single expansion purchase won't carry over to all platforms. Buying Shadowkeep on PC means you can't access Shadowkeep content on PS4, Xbox One, or Stadia without buying it for each individual platform. Shadowkeep's seasonal content access should also be likewise restricted. 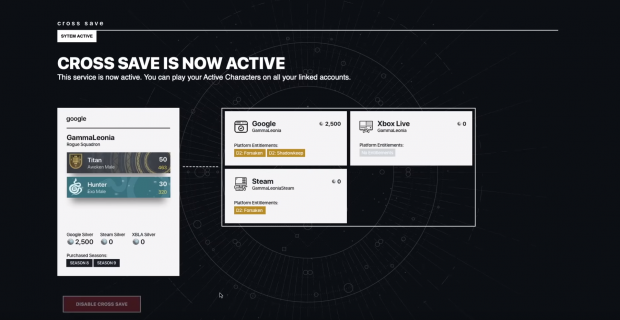 This approach makes sense as a business model. Since Destiny 2 is going free-to-play when Shadowkeep drops, the only way Bungie makes game sales cash is from expansion purchases. It'd be foolish to leave money on the table by giving them away for free.

At the same time, this will ensure Destiny's fractured content model lives on. The original Destiny had an incredibly annoying expansion model that frequently locked non-owners out of daily and weekly activities while also segregating players from their friends. It could be frustrating to know you have to buy and re-buy expansions for different platforms just to keep playing with your friends.

Bungie could alleviate this by making an all-encompassing pass that gives you full access to current and future expansions across all platforms. This could be costly, but possibly worth it for those who want to unify their Destiny 2 play on every system available.

What's also interesting is that Silver, Destiny 2's premium monetized currency that can be bought with real money, is locked to each platform. The teaser showed separate Silver values for Stadia, Steam, and Xbox LIVE.

Bear in mind Bungie could make a lot of changes from now until Shadowkeep drops in September. What we've seen now doesn't indicate the final setup...but we also shouldn't expect to get expansions for free.