Red Dead Redemption 2's PC port has been in development as far back as 2016, according to a LinkedIn resume from an ex-Rockstar physics programmer. 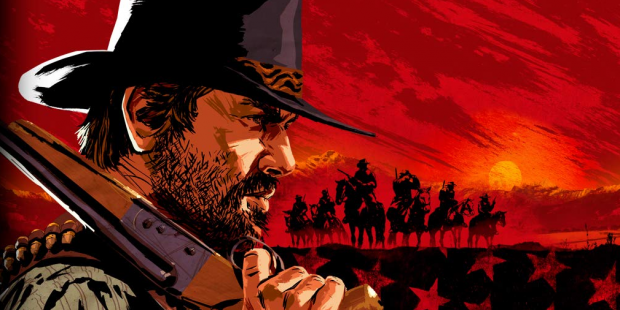 Like Old West outlaws after a robbery, evidence of a PC port of Rockstar's latest bit of open-world mastery is mounting up. First a Rockstar Leeds developer listed Red Dead Redemption 2 for PC on his LinkedIn page, and now a previous Rockstar Toronto physics designer did the same. We won't directly divulge their names, but the resumes hint the sequel-prequel's PC version has been in the works since 2016. The Toronto programmer left in 2016 and lists RDR2 as a game they worked on, whereas the Leeds dev left in 2017 and listed the same. Both developers left Rockstar before Red Dead Redemption 2 was shipped in October 2018.

Although Red Dead Redemption 2 was built from the ground up for the current generation of consoles, the game will likely come to PC to ensure maximal exposure, sales, and live service revenues from Red Dead Online.

Rockstar has a penchant for launching its biggest games on PC years after consoles, and Take-Two Interactive loves to capitalize on a re-release (GTA V bridged two console gens as well as PC).

Red Dead Redemption 2 is a monumental blockbuster that's amassed a fortune in game sales and monetization via its online mode. The game made $725 million in just three days of sales and was the biggest entertainment launch of 2018 despite releasing in Q4.

A PC version would drive those earnings even further as avid desktop enthusiasts aim to push the game to its limits using today's high-end graphics technology.

Plus there's the nice little boon of engagement monetization gleaned from Red Dead Online's long-winded tails. Take-Two loves microtransactions and live services, and routinely makes hundreds of millions of dollars every quarter from recurrent consumer spending in its biggest games.

Also expect RDR2 to be exclusive to the Epic Games store when it releases on PC. An Epic Store release would generate more revenue for the publisher in the long run. Take-Two could trade Steam's huge 90 million MAU reach for the promise of 88% of all revenues on RDR2 sales on the Epic Store. The company has already made exclusivity deals with Epic over Borderlands 3 and The Outer Worlds, so Red Dead Redemption 2 should be no different.

Take-Two Interactive has to confirm the existence of a PC port and probably won't until Rockstar is ready to announce something. Besides NBA 2K, Rockstar's games are Take-Two's massive cash crops so there's a distinct level of respect between the billion-dollar parent and GTA-producing child.

There's a chance we could hear something at Take-Two's upcoming FY2019 earnings call on Monday, but the company's timeline is already chocked full of releases. Take-Two plans to ship Borderlands 3, a big new NBA 2K game, and Obsidian's new RPG The Outer Worlds all within the same quarter. Launching Red Dead Redemption 2 on PC within the holiday 2019 period would usurp Borderlands 3--a game that's been in development for quite some time.

If RDR2's PC port is on the near horizon, it'll probably release in 2020 at the earliest.