Conan Exiles developer Funcom has announced that in celebration of the one-year anniversary for Conan Exiles the game will be going free to play on Steam over the weekend.

The announcement has been posted on the Conan Exiles website, and the developers take their time to thank all of the players and fans for creating what has been described as a amazing community. Funcom begin to discuss their journey over the year of adding new content to the game, and how proud the developer is of how far they have come and what they have in store for the future.

In celebration of the one-year anniversary Funcom has released a massive update for the title, the update includes a brand new dungeon, a new mini-dungeon, new pets, full revamps of NPC settlements and cities, new bosses and new loot rewards. There is much more added within this update and more details can be found here on the official blog post detailing each aspect. The Conan Exiles free weekend begins 7PM CET (11AM PST). 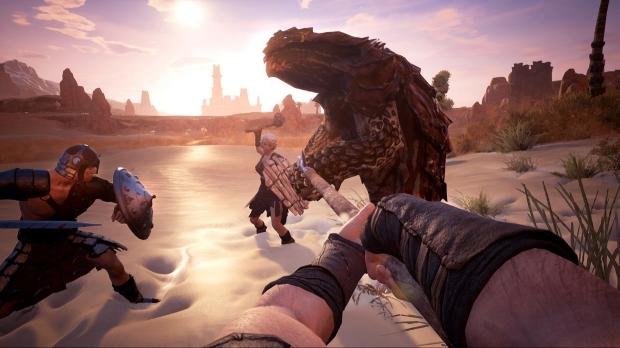