Showtime's upcoming Halo TV series will unfold a dramatic story with lots of character development, and could fill in large chunks of John 117's backstory. 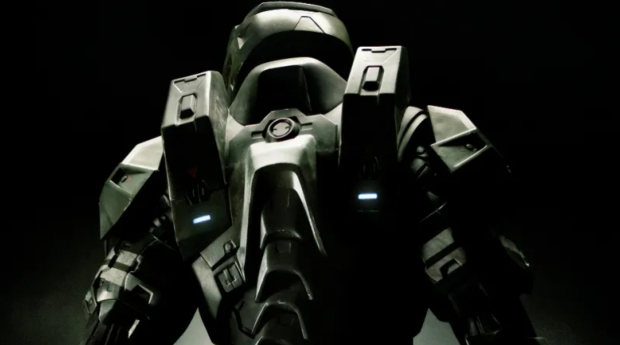 What makes icons like The Master Chief so legendary? Their exploits on the battlefield, of course, and Sierra 117 has no shortage of death-defying feats (Covies don't call him "Demon" for nothing). Now that we know 343i is focusing largely on character development, and that Master Chief will be a big part of the show, there's lots of potential ground to cover. The Halo TV show could tap Master Chief's chaotic missions and excursions with Blue Team across the Human-Covenant War, marrying explosive action with a uniquely dramatic story arc. There's so many possibilities.

In a recent interview with ShackNews, 343 Industries executive producer Kiki Wolfkill affirmed the Halo TV series will have strong emphasis on characters, creating a more human experience like Forward Unto Dawn.

"When we do big live action pieces, we want more time to do what's harder for us to do in games. Things like character development and character focused story-telling. I think we've tried to do a lot of that in the games, but it's just a different medium," she said.

"And so we wanted to be able to have 9+ hours to explore those stories versus just two hours. For us, being very character focused is very important for this piece."

Long ago, Microsoft delivered emotionally-charged live action promos and advertisements for games like Halo 3 and Halo Reach. And of course, Halo 4 is immensely personal. This is the same type of magic 343i wants to tap with the new Halo show.

Wolfkill's words match up with what Showtime boss Gary Levine said about the project, confirming it'd be a more dramatic and humanized story. Looking back on Levine's words today, he all but confirms Blue Team will be the stars of the show:

"We made a conscious decision to hire a writer not known for sci-fi and not known for big battle movies, because that's already baked into the Halo franchise and we will service that, but we also wanted to ensure that we were getting beneath the formidable armor of the Spartans and really getting inside the team drama so it felt like it belonged on Showtime," Showtime President of Programming Gary Levine told IGN in 2018.

But what about Halo: Infinite, aka Halo 6? One of the big reasons to make any transmedia content is to tie it back into the main vein of the franchise. In this case, it's games.

Wolfkill says the Halo TV show will have connections to Halo: Infinite, but they'll definitely be "standalone experiences."

Halo: Infinite is built on hope, hearkening back to the old days of Halo: Combat Evolved, and we may see some of those threads pass through to the Halo TV series. Considering the Human-Covenant war itself was built on a kind of tireless hope amid grim desperation, I'd say it's a necessity.

The Halo TV show will drop sometime in 2019 and will run for 10 episodes.