The newest addition to the dungeon crawler library of games is Eko Software and Bigben Interactive's upcoming title Warhammer: Chaosbane. Dive into the blood soaked action in the currently available beta now.

A new beta launch trailer has been released onto the Warhammer: Chaosbane YouTube Channel, it gives us a quick look at what players will be enjoying while craving their way through hordes of enemies in Chaosbane. The beta will include access to four characters for players to try out, we have; a Dwarf slayer, Wood-Elf scout, High-Elf mage, and an Imperial soldier.

The beta will include will have support for up to four-player co-op and will grant access to the first three missions of the game. It should be noted that the beta access is only given after the player has pre-ordered the game. Within the entirety of this post I have included video links to both the Dwarf Slayer and Wood Elf, each of these videos will give a more in-depth description of both the characters. Warhammer: Chaosbane's 2nd beta access will be available from April 18th until April 24th. For more information, visit the official Warhammer: Chaosbane website here. The full release of Warhammer: Chaosbane is June 4th, 2019. 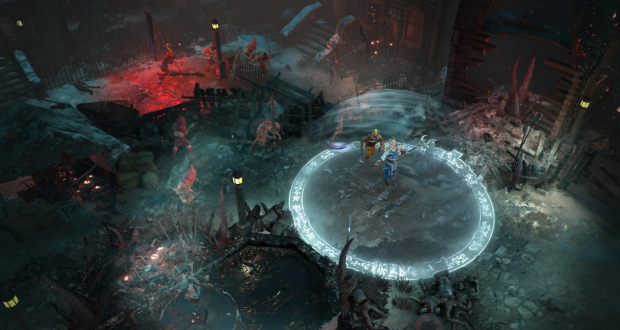