Today Gearbox announced a bunch of new Borderlands 3 info, including the dreaded Epic Store exclusivity, confirmation of a season pass with 4 DLC packs, and an introduction to the game's four vault hunters. 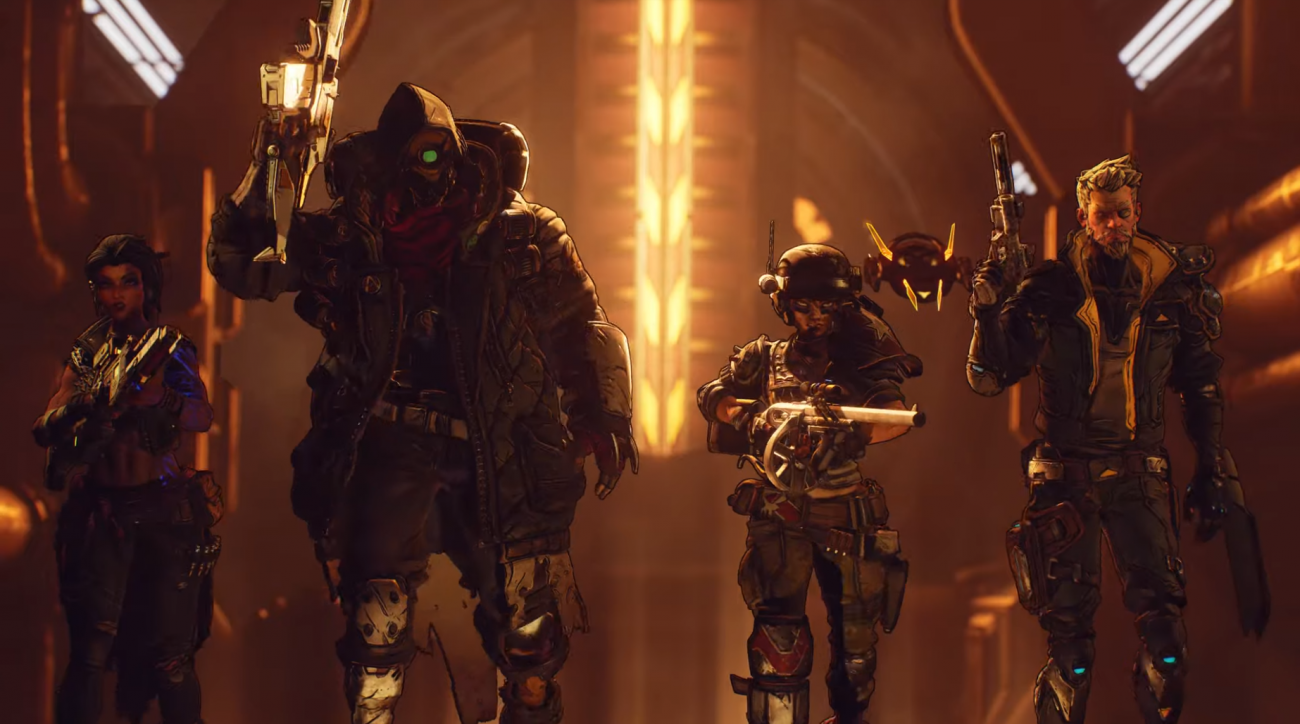 The leaks were 100% accurate on this one. Borderlands 3 will have four classes like its predecessors, one of which is actually familiar. Gamers can customize skills in unique ways, the devs promise, adding more flavor to the experience: each class has "unique abilities, playstyles, deep skill trees, and tons of personalization options" (side note: Borderlands 3 will have over 1 billion guns).

The new stars of Gearbox's chaotic shooter include FL4K, a beastmaster who can charm monsters to his side, Moze, the leaked "botjock" who can instantly call in an explosively powerful mech named Bear to wreak havoc on enemies, Amara, a siren who smashes enemies with her fiery blue fists, and Zane, a soldier operative that uses gadgets and other creative self-made creations to annihilate foes.