The speculation can now be put to bed as Amazon have officially revealed that their upcoming Lord of the Rings TV show will be set in the 'Second Age' of Tolkien's Legendarium.

Amazon created a dedicated "The Lord of the Rings on Prime" Twitter account to share updates with fans about the coming TV show. Poetically, the account started off their tweeting with "I wisely started with a map"which is quote from J.R.R Tolkien himself. The page then proceeded to post images of a map and slowly over time it reposted the same image but with updated locations on the map. Eventually, the account posted a link to the map on the Amazon website with the caption "Welcome to the Second Age".

Now what does this mean for the TV show story-wise? and how is this going to influence what we are going to see in season 1? If the second age is the chosen setting for the TV show, we will most likely see a great display of the rise and fall of Numenor. We can see Numenor at the bottom left of the map, and its inhabitants, the Numenorians landing on Middle-Earth and the struggles of fighting Sauron throughout the Second Age. The first season should also give us a overview of the relationship between Middle-Earth's Elves and the landing Numenorians, eventually moving into the settling of Arnor and Gondor. Within the entirety of this article I have provided a much better explanation video of the Rise and Downfall of Numenor. 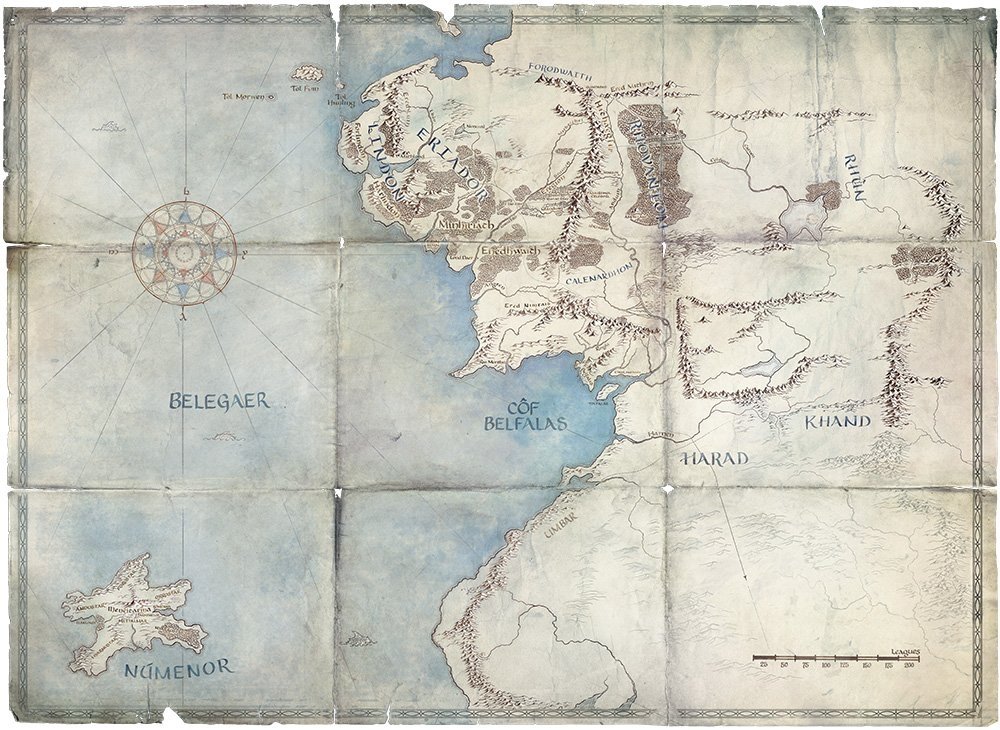