WB and DC went into the end of 2018 with the absolutely phenomenal success of Aquaman, making over $1.1 billion globally. Now we have the next movie in the DC slate with Shazam right around the corner on April 5, with the latest trailer released just minutes ago.

Chuck star Zachary Levi was born for the role of Shazam, utterly dissolving into his role like Ryan Reynolds did with Deadpool. The new Shazam trailer shows us that we can expect a movie filled with excitement, joy, and action - with what seems like a beautiful blend of Superman: The Movie and the Tom Hanks led Big. The new trailer features a bit where Shazam picks up a Batman figure and says 'I'm Batman. Get him, Batman!' with Batman and Superman toys in the background.

The big bad in Shazam is Dr. Thaddeus Sivana, which in the comics was nearly at a point where he was the one to receive the powers Shazam receives. We don't know exactly what to expect in terms of how they'll approach both characters, good and bad, but there is a big family focus on Shazam which I think will really open it up compared to previous DC and Marvel movies.

Another great note for the Shazam trailer is the use of 'My Name Is' from Eminem, as the trailer begins with 'say my name' leading into Billy turning into Shazam. WB... you're doing so well right now. Confirm Henry Cavill as Superman in Man of Steel 2 in Shazam, please?! 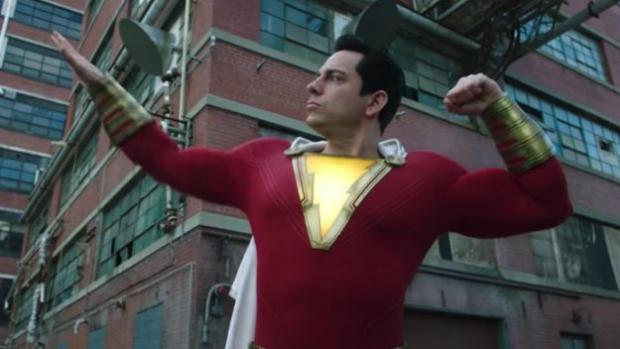