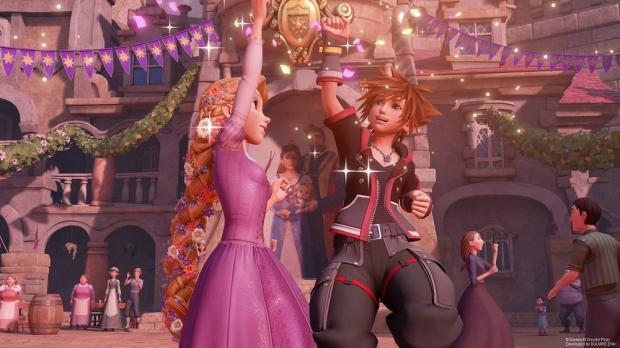 The release of Square Enix's Kingdom Hearts III and Resident Evil 2 are both undoubtedly a success. Both of these titles take first and second place for the biggest titles to release in 2019 so far. Now, GFK Chart-Track has released updated sales statistics for the UK digital sales, the charts are measured in for the 'Top 40 Entertainment Software' for the 'Week Ending 2nd of February 2019'.

According to the sales data, Kingdom Hearts III has knocked off the previously leading Resident Evil 2 Remake. The title has also topped the likes of Rockstar's Resident Evil 2, FIFA 19, Call of Duty: Black Ops 4, New Super Mario Bros. U Deluxe, Super Smash Bros. Ultimate, Mario Kart 8 Deluxe and Grand Theft Auto V. It should be noted that these sales statistics only represent in-store sales. In other news about Resident Evil 2, check out the coming Netflix T.V show that has been planned here. There is also a new gameplay video for Kingdom Hearts III, check that out here.