CES 2019 - NVIDIA had its own big CES 2019 press conference a few days ago where it made the GeForce RTX 2060 graphcis card official, while it was AMD's turn yesterday with their CES 2019 presser and the unveiling of the new Radeon VII graphics card. 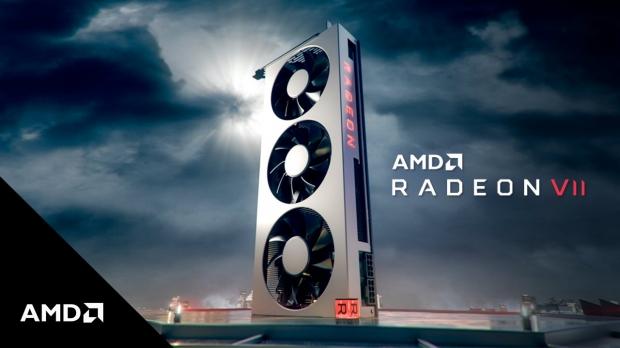 Radeon VII will be arriving as the world's first 7nm graphics card for gamers, with a huge 16GB of HBM2 memory with 1TB/sec of memory bandwidth for $699. It launches on February 7, and all within 24 hours we've had NVIDIA's founder and CEO Jensen Huang talk about AMD's return to the enthusiast end of PC graphics cards as "underwhelming".

Gordon Ung from PCWorld spoke to the NVIDIA CEO, where he asked Huang about his thoughts on the just-announced Radeon VII graphics card, with Huang saying "it's underwhelming. The performance is lousy and there's nothing new". He added there's "no ray tracing, no AI. It's 7nm with HBM memory that barely keeps up with a 2080. And if we turn on DLSS we'll crush it. And if we turn on ray tracing we'll crush it".

Huang goes for the throat with Radeon VII trash talk (and I love it, the competition is heating up) where he added: "It's a weird launch, maybe they thought of it this morning". Huang is clearly playing around in some part, but it gets better: PCWorld asked AMD CEO Lisa Su thought about Huang's remarks about the upcoming Radeon VII where Su quipped: "What I would say is that we're very excited about Radeon VII, and I would probably suggest that he hasn't seen it yet".