CES 2019 - ASUS has just stepped into the gaming chair world with a new announcement at CES 2019 of its ROG Chariot and Chariot Core gaming chairs, with the premium Chariot rocking RGB lighting that adds an aesthetics touch to the ROG gaming chair. 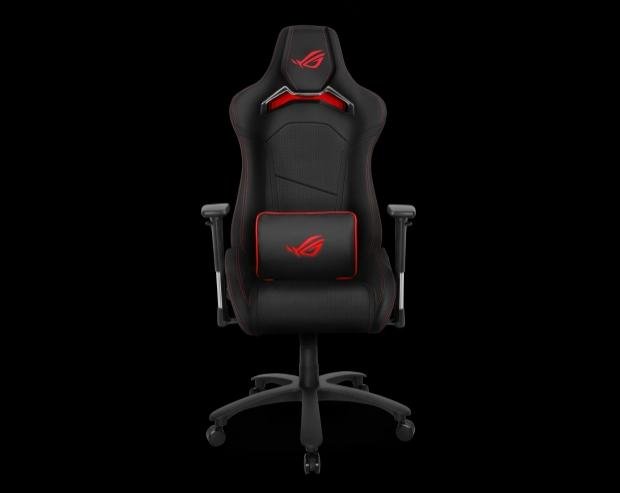 The flagship ASUS ROG Chariot rocks Aura RGB lighting that is round in the backlit ROG logo behind the headrest, the lit infinity mirror effect looks super-slick like it's almost a portal into something. Maybe it's Planet ROG or something. There'll be a switch on the underside of the chair that lets you tweak the lighting colors and patterns. There is a 10,000mAh battery hidden by ASUS in a pocket under the seat that is good for 11 hours of RGB lighting.

The company is using memory foam in the headrest and lumbar pillow molds that will hug your body instead of pressing against it, with fully adjustable armrests that won't annoy you by getting caught under your desk or rubbing against your arms. They'll move up and down, forward and back, left and right, as well as rotate in and out. Height adjustment is simple with a four-level gas lift, with reclining also a given. 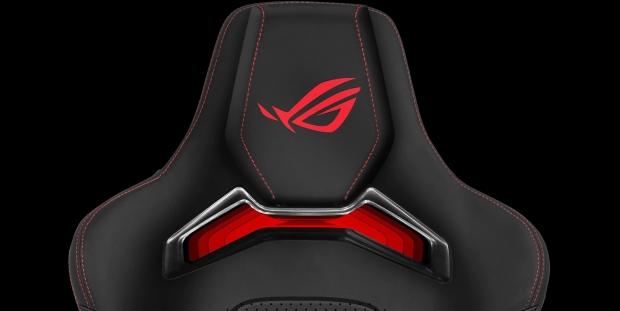