Mario has got to be one of the most legendary and influential video game characters ever created. Being up there with other legendary characters such as Pac-Man and Sonic The Hedgehog, the voice of Mario is certainly one of the aspects most people remember him for and now it has been solidified in history with an award.

Charles Martinet is the voice actor for our favorite plumber and has recently Tweeted a photo of himself receiving a record certificate for entry into the Guinness World Record. The record that has been achieved my Martinet comes under the category for "most video game voiceover performances as the same character".

The release of Super Smash Bros. Ultimate pushed the total number of voiceovers for Martinet to a massive mark of 100, making him the leading video game voice actor for a specific iconic character. Martinet thanks both Guinness and also Nintendo for the opportunity to receive achievement. Super Smash Bros. Ultimate is currently available exclusively on the Nintendo Switch. 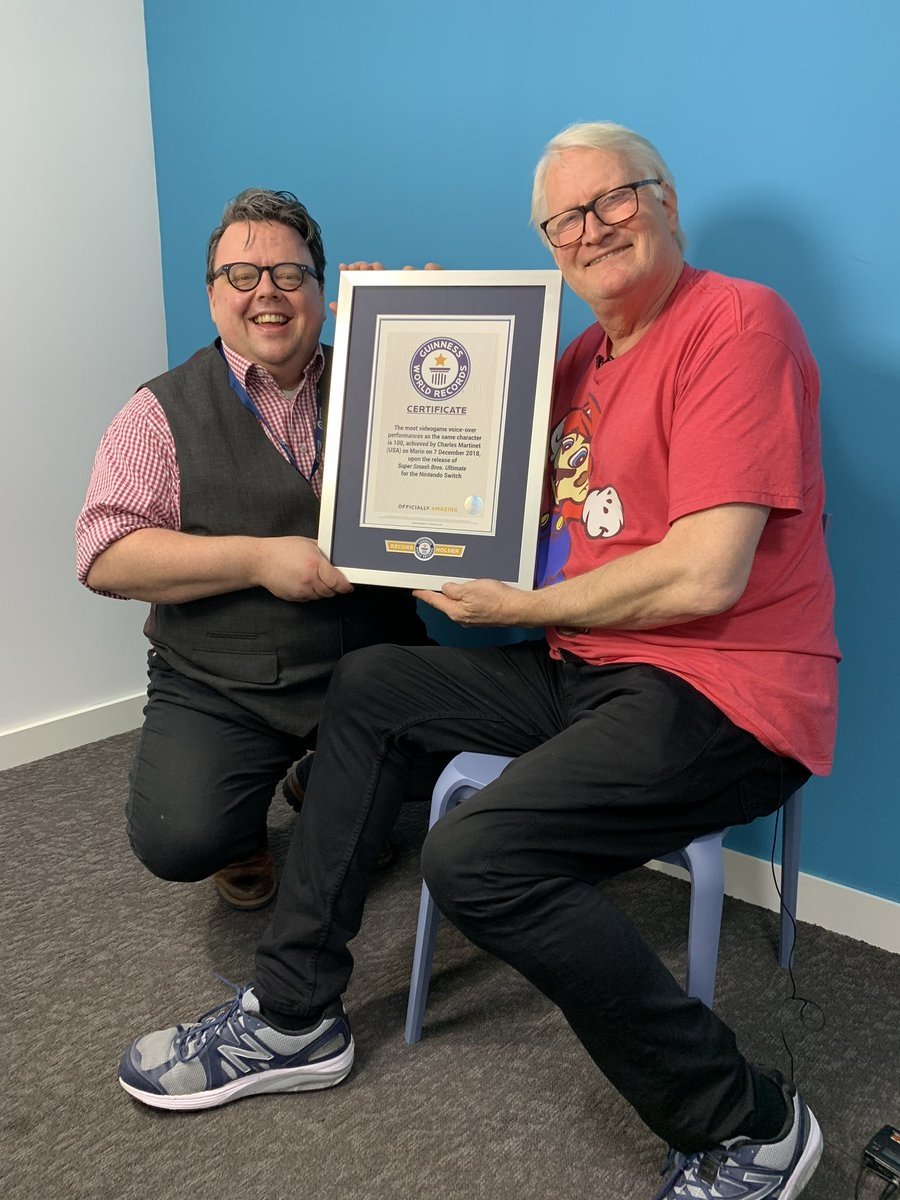