A Fallout 76 dev has a little fun at Bethesda's expense. 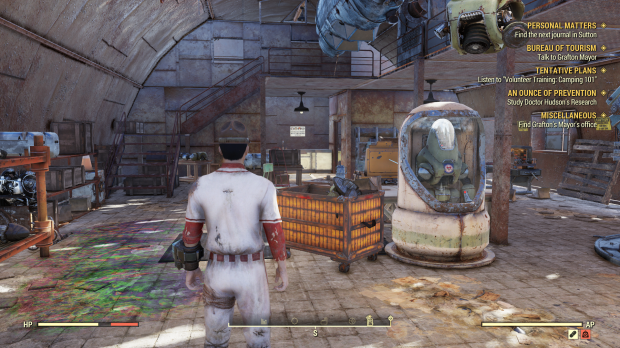 While roaming around Fallout 76 I came across a curious terminal of one Miguel Caldera (Morrowind reference!), a tinkerer with a sense of humor. The Fallout games are known for their interesting--and often hilarious--computer notes and passages, many of which breathe life into the stale loneliness of irradiated Appalachia. Reading through Caldera's notes, I found a rather fantastic reference to Bethesda's penchant for buggy games: 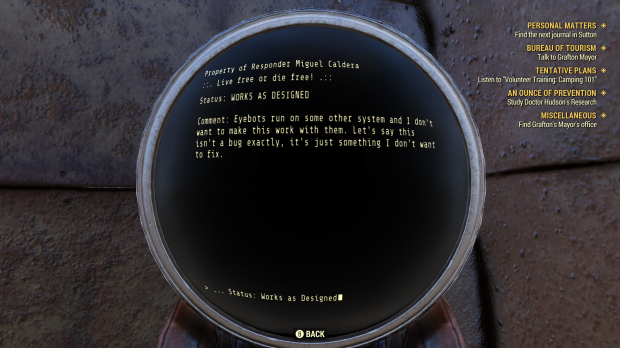 "Eyebots run on some other system and I don't want to make this work with them. Let's say this isn't a bug exactly, it's just something I don't want to fix," the fictional tinker artist writes under the WORKS AS DESIGNED entry. This is just too perfect to be anything than an easter egg that describes Bethesda games.

Read Also: Why Fallout 76 may never be the game it should be 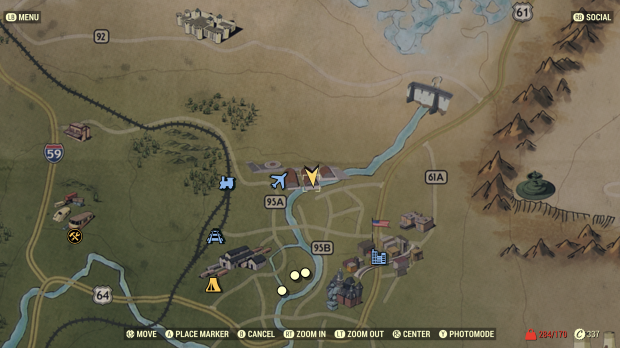 Caldera's workshop is easy to find. It's just due east from the Morgantown Airport building and comprises the second hangar of the area. There's also some miscellaneous scrap, medkits, and even a fusion core nearby so be sure to check everything (I know you will...Fallout 76 makes us all into scavengers).