There is no doubt that For Honor had a bit of a shaky release, but since the constant slew of updates from developers Ubisoft, the game has grown considerably in size. Ubisoft are celebrating the achievement of reaching 15 million players and have teased a possible coming update in 2019 titled 'Year Of The Harbinger.'

Many For Honor players are gearing up for the 'Marching Fire' expansion that is planned to hit their games next week. In preperation of the coming update Ubisoft decided to host a live stream for their community, throughout the live stream brand director Luc Duchaine and Community Developer Eric Popea discussed the future of For Honor and which direct the game could take.

Close to the end of the live stream Ubisoft teased 'Year Of The Harbinger' but didn't give any details whatsoever. We don't even know if its a slew of updates under the umbrella title 'Year Of The Harbinger', or if it could be just one massive update. Duchaine did say that support for the game will of course continue and is not slowing down anytime soon, here is what he had to say "We've always been serious [about updating the game] since we launched it, even when people were betting against us, the team did an amazing job putting this game back on track, and we are not done." For more information regarding For Honor, visit the official website here. 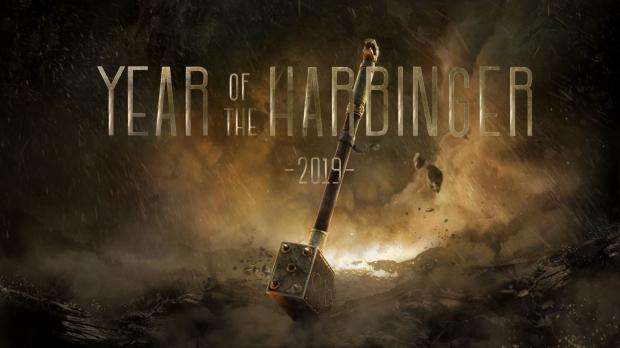