Developer and publisher, Ghost Town Games and Team17 have released New Game+ into the kitchen for Overcooked 2. They have also teased a brand new "beach" themed DLC for release tomorrow.

Now that New Game+ has been added to Overcooked 2, trusty chefs that wan to test their skill can now go back through each of the levels to acquire the new fourth star. An example of the difficulty increase that New Game+ will be bringing players is for level 1-1: 20 points = one star, 60 = two, 240 = three and 1,000 points = four stars.

Moving onto the DLC now, players should prepare themselves for a beach themed DLC filled with recipes and maps that include seafood. According to the in-game listing,"Get your sunglasses on, gather your chefs, and fire up the barbecue... IT'S TIME TO GO TO THE BEACH! You'll be having a whale of a time, cooking up kebab skewers and smoothies as the ever so exotic parrot chef, the spicy skillful island chef, and a returning hero chef from Overcooked." The DLC is planned for release on October 3rd, for more information visit the official Overcooked website here. 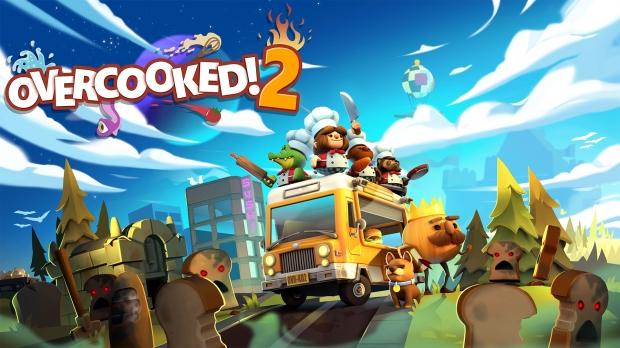