The release of Battlefield V is right around the corner and as we get closer, we're finding out more information on DICE's next first-person shooter. We know that multiple modes won't be making the launch and another one of those will be Combined Arms, the co-op mode for Battlefield V.

Battlefield Bulletin took to their Twitter account to announce the news that Combined Arms won't be launching with Battlefield V, with the four-player co-op experience sounding like one of the more exciting portions of Battlefield V. Lars Gustavsson, the Creative Director on Battlefield V explains Combined Arms: "Every now and then we do hear that, for new players, this can be an extremely daunting experience - almost overwhelming. To get in there, into that creative, all-out war sandbox can be challenging. Isn't there something more focused, a bit more intimate, almost, yet social, that I can do within Battlefield that fits me and my friends?"

Gustavsson continues: "This experience is really what we want friends to have together, and in that, we have a new system called the mission generator. It creates dynamic objectives and narratives in order to constantly keep that cooperative experience feeling fresh and challenging".

Unfortunately, the co-op 'Combined Arms' mode won't be the only one missing from Battlefield V when it launches. DICE will be launching Battlefield V on October 19 for the Xbox One, PS4 and PC without the battle royale mode, vehicle customization, co-op mode, and more. It's an unfortunate thing, launching such a big game without some gigantic features, but this is the world of gaming that we live in now. 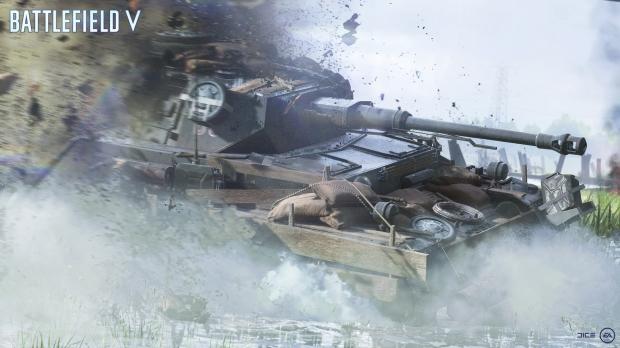