World of Warcraft's latest expansion Battle for Azeroth has sold over 3 million copies worldwide, making Blizzard a mountain of gold in the process. 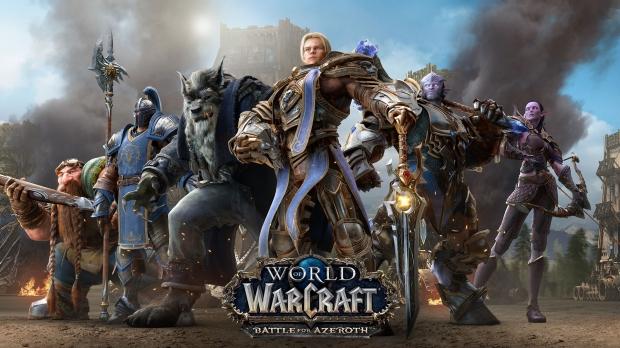 Battle for Azeroth has topped 3.4 million sales in its first day of availability, Activision-Blizzard today announced, making it one of the fastest-selling PC games in history according to company records.

"When the Battle for Azeroth erupted worldwide last week, champions of the Alliance and the Horde around the globe were called upon to fight for their faction. Heroes everywhere turned out in force, and Blizzard Entertainment today announced that as of Battle for Azeroth's first full day of launch on August 14, more than 3.4 million units of the latest World of Warcraft expansion had sold through worldwide-setting a new day-one sales record for the franchise and making it one of the fastest-selling PC games of all-time," reads the official press release.

Despite major overhauls and additions introduced by the expansion, Blizzard CEO Mike Morhaime says that the company will release a ton of new features and content for Battle for Azeroth through the coming weeks.

"Battle for Azeroth is a definitive chapter in the Horde and Alliance conflict at the heart of Warcraft, and it's been thrilling to see players representing their factions in record numbers and embarking on their war campaigns-not to mention joining in ourselves," said Mike Morhaime, CEO and cofounder of Blizzard Entertainment.

"But the launch is just the beginning of this conflict. More epic content is coming to World of Warcraft in the weeks ahead, and we can't wait for players to experience the full story as it unfolds over the course of the expansion."

Battle for Azeroth is now available physically in stores or digitally on Battle.net for $49.99, and comes at a pivotal point when World of Warcraft's previous expansions are now free.