After the amazing reveal of DOOM Eternal at this years QuakeCon, id Software Executive Producer Marty Stratton, and Creative Director Hugo Martin sat down with Eurogamer to discuss some further details about the upcoming title. 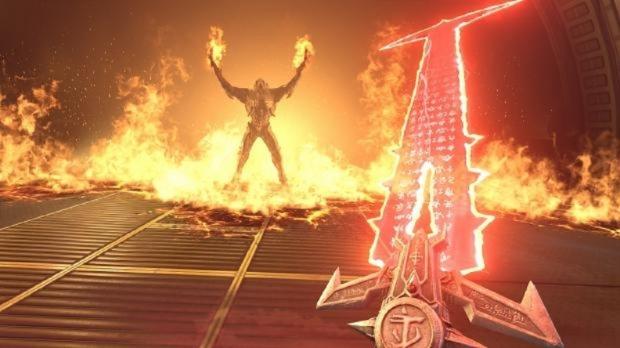 Both developers were asked numerous questions, some of which included if DOOM Eternal would be launching on the Nintendo Switch at the same time as the other platforms. Stratton replied to this question and said: "That's the plan right now; we'll see. We're still a way away from launching but we have made the decision to make Switch a, what we call internally, 'first class citizen.'"

Stratton further clarified if the title would be a port or would be developed internally for the handheld console. Here is what he had to say: "No. We're actually working with Panic Button again, but before, we made the game and then we brought it to Switch, and now we are making the game with Switch in mind. It's nice to know the platforms we want to hit up front." It was also confirmed in a later question if DOOM Eternal would be running at 60FPS on the Nintendo Switch, Stratton confirmed that the title would be running at 30FPS much like DOOM 2016, but will be a stable 60FPS on all other platforms. For further information regarding DOOM Eternal visit the Bethesda website here.

In other news about DOOM Eternal, check out the 15 minutes of gameplay that was showcased at this years QuakeCon, visit that post here. If you missed our article on the id Tech 7 engine that is going to be used in DOOM Eternal, visit that here.