Activision unleashes the Call of Duty: Black Ops 4 multiplayer beta later this week, with a new launch trailer showing off the multiplayer side of things, as well as our first look at Call of Duty's first entry into battle royale: Blackout.

The battle royale mode is only teased for roughly 15 seconds in the trailer, but from this quick snippet we have a few things to take away. One of which is that there seems to be two groups of players with four people on each team, which should mean we could expect Black Ops 4 players to be able to play Blackout either on their own, or in a squad with friends.

Blackout characters seem to have a lot of customization to play with, with a player doting a leather duster, and shirts/pants and other prints that are very different to the usual military affair. Activision has to be oh-so-2018 with its political push by teasing a female character model that I'm sure Battlefield fans will be all over.

The trailer teases at the end that the Call of Duty: Black Ops 4 Blackout beta will drop in September, so prepare your gaming rigs, peeps. 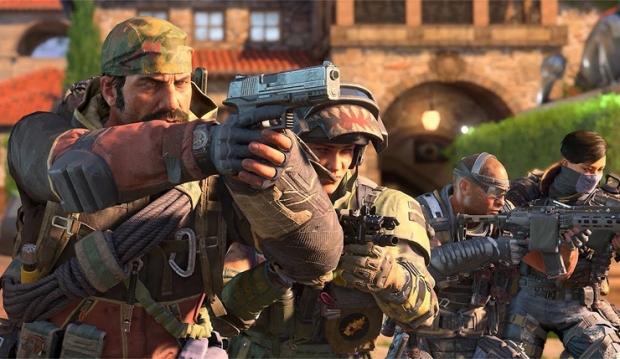