As we move closer to the release of Forza Horizon 4, the developers of the title, Turn 10 Studios and Playground Games have released some gameplay footage showcasing the Autumn season.

The video goes for around an hour and Ralph Fulton the Creative Director of Playground Games, and Benjamin Penrose the Art Director give all the details on what players should be expecting from Autumn. Forza Horizon 4 will feature dynamic day and night cycles and seasonal changes, the developers have said that these changes will provide a predominant factor to how a car handles. This feature will force players into an adaptive gameplay style that will change based on what conditions the car is in, and what car is being driven.

Forza Horizon 4 also features a shared open world, this means that any drivers that you see around the world will infact be other players. Drivers that don't want to be bothered with interacting with other players will have the luxury of disabling/enabling this feature seamlessly, a simple one-click menu choice has been provided. Forza Horizon 4 will be launching with over 450 cars and will also be supporting cross-platofrm play between Windows 10 and Xbox One. The title is planned for release on October 2nd, for further information please visit the official Forza Horizon website here. 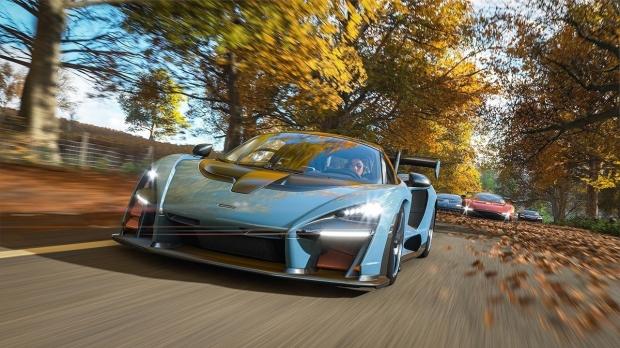