The battle royale market is expected to rise astronomically throughout 2018 as major publishers like EA and Activision jump into the craze. 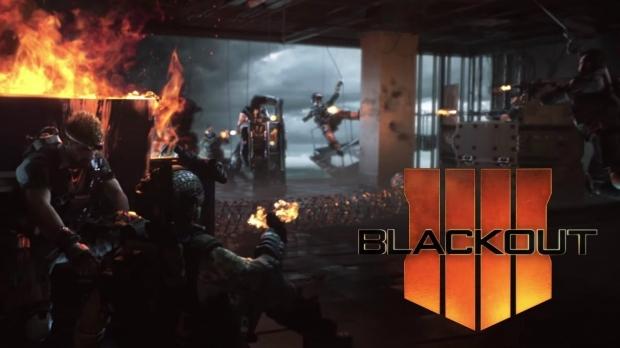 Back when PUBG saw its huge meteoric shift in sales I predicted that the game would eventually be knocked off its earnings mantle by billion-dollar publishers once they entered the battle royale arena. Interestingly enough, Epic Games has taken the throne with its free-to-play BR game Fortnite, which has earned a massive $1 billion in revenues across all platforms in less than a year. Now another major shift is on the horizon as the Call of Duty and Battlefield franchises ready their respective premium salvos.

According to analyst firm SuperData, revenues gleaned from battle royale games will spike by over six-fold this year to a tremendous $12.6 billion. The firm predicts both Battlefield V's and Call of Duty: Black Ops 4's new battle royale modes will cause segment earnings to jump by over 600% year-over-year.

"Battle royale revenue will grow 625% between 2017 and 2018 as AAA titles like Call of Duty: Black Ops 4 and Battlefield V enter the market," SuperData states in its latest report. "Games industry stakeholders need to prepare, adapt, and cater to an audience that expect meaningful battle royale experiences from their multiplayer shooters."

In the console and PC realm, buy-to-play BR games on console are expected to lead the charge with $2.7 billion in earnings, followed closely by premium PC games at $2 billion. Mobile will conquer with $2.8 billion, however, due to ease-of-use and accessibility. 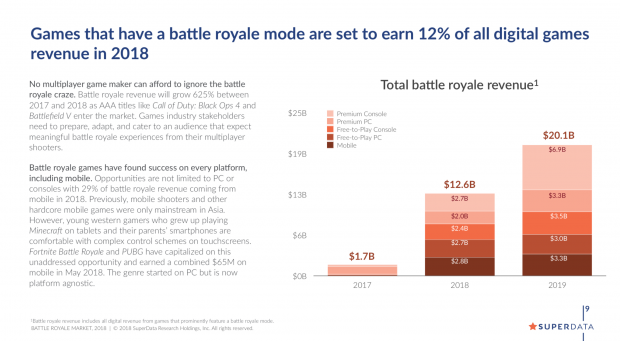